0 for 12: The Networks Have Ignored All 12 Kamala Staffers Resigning 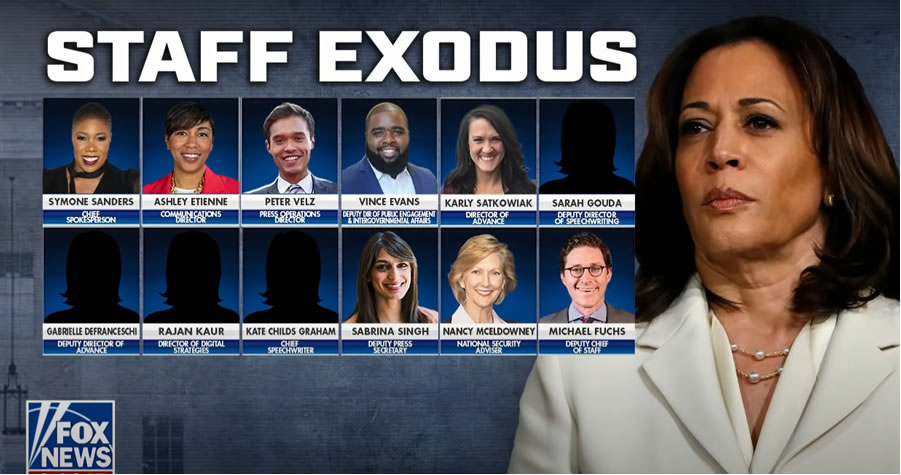 Well, that makes an even dozen. Not that you would know it, but Kamala Harris has lost her 12th major staffer since last June. As each one departed, the network newscasts avoided saying any of their names, saving the Vice President from embarrassment.

Deputy Chief of Staff Michael Fuchs will stay in his position until Early May “to ensure a smooth transition,” according to the New York Post on Monday. His departure, like all the rest, went unnoticed by ABC, CBS and NBC.

These are not minor positions either. The list of those who have left Harris include Communications Director Ashley Etienne, Chief Spokesperson Symone Sanders and Director of Speechwriting Sarah Gouda, to name just a few.

Here is a complete list of the dozen Harris staffers who have left or are about to leave:

As they exited, the number of times their names have been mentioned on the networks? ZERO.