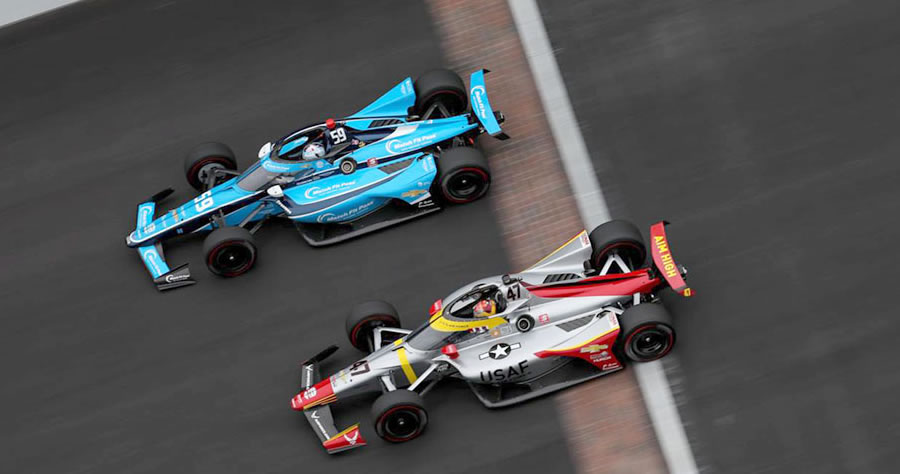 Scott Dixon refused to relinquish his grip on the fastest car this month at Indianapolis Motor Speedway, as he led the final practice Friday for the 105th Indianapolis 500 presented by Gainbridge on Miller Lite Carb Day.

Six-time and reigning NTT INDYCAR SERIES champion Dixon, who won the NTT P1 Award last Sunday at 231.685 mph, turned a top lap of 228.323 in the No. 9 PNC Bank Grow Up Great Honda during the rain-delayed and rain-shortened session.

Practice started two hours, 37 minutes late due to persistent morning showers and ended 10 minutes short of its scheduled two hours when rain returned to the 2.5-mile oval. Cloudy skies and temperatures in the high 50s – about 25 degrees cooler than during Crown Royal Armed Forces Qualifying last weekend – increased grip and daring passes during the final practice before Race Day.

“Everybody felt like King Kong out there with the weather conditions,” Dixon said. “That may give you an indication of how the race will be. If it’s like this, it’s going to be mentally draining. There’s going to be a lot of action going on.”

Two Team Penske drivers starting in the back half of the field of 33 cars Sunday showed they have strong cars in traffic by posting the second- and third-fastest laps of the session.