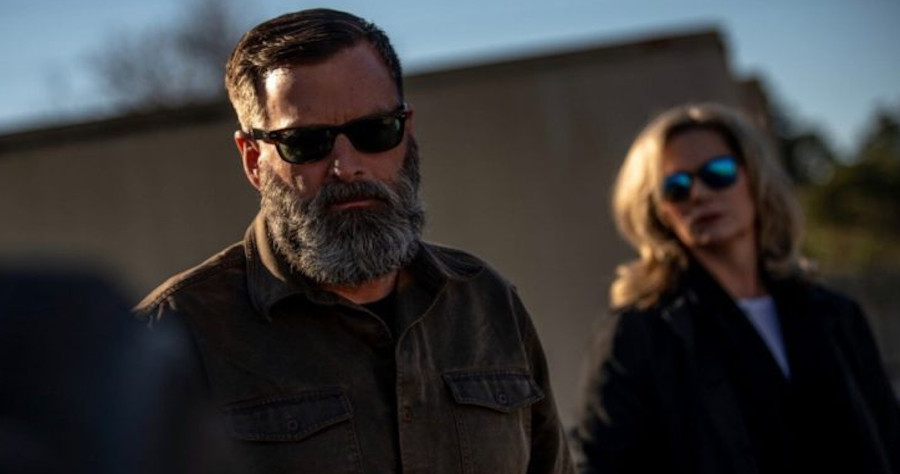 True the Vote Investigator Gregg Phillips drops a hint about an app used to track your every movement on social media, in anticipation of a massive July bombshell 2020 election reveal…

Last week, Greg Phillips, lead investigator of True the Vote clashed with “moron” Fox News Host Sandra Smith after she attempted to claim that 2000 Mules was “Debunked” a la “fact-checkers” at Reuters and that 150 Republican members of congress are “conspiracy theorists” for their election claims.

Phillips shared this message on Truth Social with Fox News with a direct challenge to their disinformation campaign about the credibility of the research behind the 2000 Mules movie. “Game on boys and girls,” he wrote. For several weeks, Phillips has been dropping hints about a multi-national voting scandal that is even more significant than 2000 Mules. He and True the Vote founder Catherine Engelbrecht have promised to drop the bombshell in July.

Geofencing was placed around absentee ballot boxes in key states and in key areas by Gregg and Catherine in order to catch the mules. Interestingly, geofencing was also placed by the FBI, according to Phillips, around the Capitol just before the January 6th protests.

Previously, Gregg Phillips and True the Vote founder Catherine Engelbrecht explained how easy it is to collect a device’s ID and private information using geolocation tracking data. Now, Phillips is explaining how Geofeedia-like apps and firms were used to set up a geo-fence around the Capitol on January 6th.

“The January 6th event was on a Tuesday. The next day, they had allegedly already identified some of the people, convened a grand jury, and then issued arrest warrants in a matter of 72 hours,” Phillips said. Engelbrecht interrupted, “It’s not possible.”

“So, did they have the fence of the pings ready to go? Is that what you’re saying?” Kirk asked.

“They had the actual devices ready to go,” Phillips said. “That’s our supposition. There’s no other way to have done it,” Englelbrecht added.

Phillips then dropped a bombshell, “We believe they were tracking people all the way back into the latter part of the election, certainly into November and early December.” Kirk asked, “So, people who would be likely to go to that event? Is that correct?” Phillips responded, “Yes.” Engelbrecht elaborated, “And people meeting that profile. And they [US intelligence] were tuned up and ready.”

With the current Truth Social posting by Gregg about Geofeedia, it appears that Gregg is dropping breadcrumbs along the way to the upcoming bombshell reveal in July.

In anticipation of the shocking reveal, here is more background leading into the current surveillance state and how the election was stolen.

In 2016 it was revealed that firms such as Geofeedia and a multitude of others had been using their commercial access to consumer data on social media sites such as Twitter and Facebook to aid law enforcement, intelligence services, and the military in surveillance. Not just in the United States, mind you, but worldwide.

While Twitter and Facebook claimed to have terminated Geofeedia’s access to the data, they never stated if they had done the same with other licensees. Additionally, they claimed to have no knowledge of what Geofeedia and others were doing with the data they obtained, despite the fact that Geofeedia was very open about their intelligence and law enforcement connections and was a well-known company. This makes it improbably that big tech was not colluding with them, or at least complicit with it.

However, with such a vast number of firms having access to “private” consumer data on Facebook and Instagram, it would be an impossible task for the two companies to monitor everything that the firms were doing even if they chose to do so, which they have not.

Although Facebook and Twitter claimed to have pulled the plug on Geofeedia, the many other data collection firms which provide your private information to the FBI, CIA, NSA, DHS, local law enforcement, and anyone else who asks are all very much alive and well.

Gregg Phillips, of True the Vote, began using Geofeedia around a decade ago for various project In August 2014 he had access to messages, locations and timestamps from all over through using Geofeedia.

Gregg Phillips also Re-Truthed the following post by 2000 Mules’ Dinesh D’Souza stating: “I’m not in favor of social surveillance, but as long as it’s reliable and widely used, I see nothing wrong in applying this exact same technology to ballot trafficking.” Is D’Sousa implying that the Geofeedia social surveillance app was used in the ballot trafficking operation revealed in 2000 Mules? While some, such as Phillips, use their access for good, many such as the government and large corporations use access to private consumer data for a myriad of nefarious goals. They spy on you, essentially. Surveilling your activity and using it against you any way that they can.

Welcome to the surveillance state of dystopian novels.