‘2000 Mules’ Rocks The World! Leading EU Politicians Speak Out: “I think it’s a high possibility that without this voter fraud, Joe Biden wouldn’t have been elected as President of the United States, but Donald Trump would still be in office” [VIDEO] 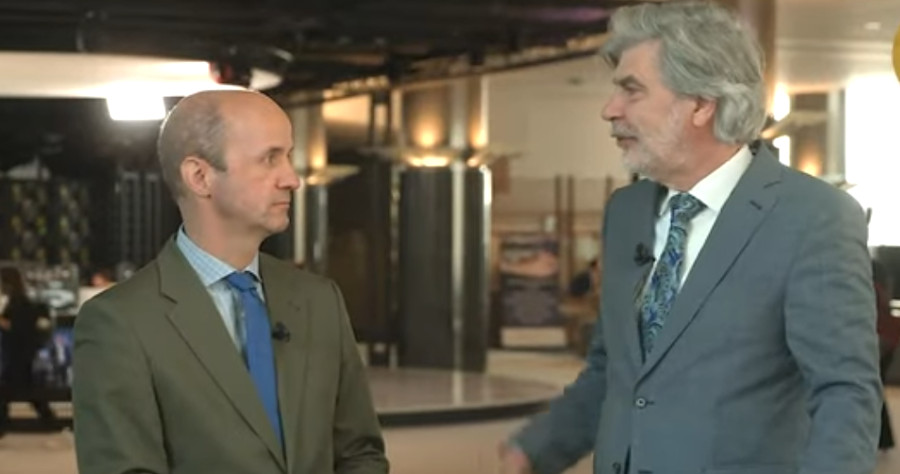 Dinesh D’Souza’s explosive “2000 Mules” movie, that’s rocking the world, is based on the investigative work of True the Vote founder Catherine Engelbrecht and Gregg Phillips. The courageous duo placed geofences around absentee ballot drop boxes in six critical states during the 2020 election to discover patterns of life of ballot mules used to pick up illegal ballots from stash houses and deliver them to drop boxes many of which were funded by Facebook CEO Mark Zuckerberg. The movie has opened the eyes of millions around the world. Niclaus Fest, the Chairman of AFD in Parliament, the biggest patriot party in Germany, and Marcel de Graaff, a member of the European Parliament for Forum for Democracy (FVD), watched the screening of ‘2000 Mules.” The two EU politicians discussed the ramifications of the “2000 Mules” movie in America as well as Europe in the YouTube video below. Here is a portion of the transcript from their discussion:

Marcel de Graaff: The other day, we watched 2000 Mules.’ It is a documentary that shockingly gives evidence that exposes voter fraud in the 2020 elections in the United States.

How credible do you think this is?

Niclaus Fest: They are going step-by-step and checking on every potential denial of this, uh, possible fraud. And I think they made clear that there is no way to doubt that this election has been rigged. So, I think it’s waterproof.

It’s really shocking because if the leading western democracy is not foolproof if its election isn’t foolproof anymore, then we have a real problem here.

The documentary shows that voter fraud really tipped the the balance, the results of the election in favor of Joe Biden.

Niclaus Fest: “I think we should have a closer look at the figures. What they claimed are claims, but I think it was very plausible and convincing, and I think it’s a high possibility that without this voter fraud that, Joe Biden wouldn’t have been elected as President of the United States, but Donald Trump would still be in office. And that is a very worrying idea—not that Trump would be in office but that big Western countries—that it’s possible to rig elections in the biggest Western countries.

We don’t really see a strong reaction from the federal government in the United States, but still, this movie had a big exposure. Millions and millions of people have seen it.

Marcel de Graaff: What are the consequences of that? What does it do to the confidence you can have in your government?

Niclaus Fest: The confidence now lies in pieces and is shattered. It’s not surprising that the Biden Administration is not doing anything. They would somehow torpedo their own government. That’s the problem with this election fraud that the party who profits from it will not do anything about it.”

I think the main problems is this voting by mail. You never know who actually filled out the form and who signed it.

Both EU leaders agreed that every country needs to find better ways to make their elections fraud-proof.

Well worth watching to hear a European perspective on “2000 Mules.” This movie is kicking off a global debate! https://t.co/qmL9QOHxMR