22-Yr-Old Accused of Shooting 14 People In Mall, Previously Charged In Connection With Murder Of HS Athlete Has Been Released On Bail As Jan 6 Prisoners Wait In Solitary Confinement For Trial 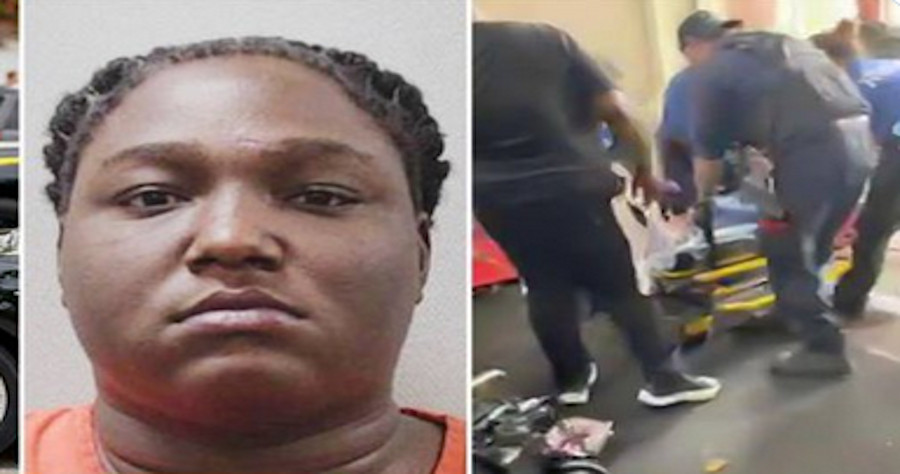 On Saturday, there was a horrific shooting at a mall in South Carolina that left fourteen people injured.

This isn’t the first time the accused shooter has been involved in a violent crime. In 2018, he was charged in connection with the murder of a high school athlete.

Rice, died from a gunshot wound to the upper body. Rice was a student-athlete at Lower Richland High school where he played on the varsity basketball team.

Price was one of 16 people charged in connection with Rice’s death. Price was charged with accessory before the fact.

Now the shooter has already been released on bail.

Trump supporters who were part of J6 have been languishing in solitary confinement for months, and a shooting suspect is out on bail in a matter of days.

Still think we have equal justice under the law?

Immediately after the shooting Lexington County Sheriff Jay Soon released a statement about the shooting:

12 people injured, and 10 shot during a shooting at a mall in SC today. pic.twitter.com/ZtLMgtjEjz

A South Carolina judge set a $25,000 bond for a suspect in a mall shooting on Saturday that left 14 people injured, according to the Columbia Police Department.

Jewayne Price, 22, will be on house arrest but allowed to travel to and from work while wearing an ankle monitor if he posts bond.

He was charged with unlawful carrying of a pistol and could face additional charges after the prosecutor reviews evidence.

Price is one of three people who were detained by law enforcement following the shooting. The other two adults males were released after police determined they weren’t involved.

“We don’t believe this was random,” Columbia Police Chief W.H. “Skip” Holbrook said at a news conference. “We believe they knew each other and something led to the gunfire.”

Evidence collected at the scene indicates at least three people displayed guns and two firearms were used, according to police.

How is bail even acceptable in a case like this?

The South Carolina shooter who left 14 injured had bail set at $25k and gets to go to work with an ankle bracelet.

No wonder people aren’t hindered from committing crimes like this. pic.twitter.com/tcUusMPaL3

Protesters from January 6th 2021 remain in jail without a conviction, while a mall shooter is released on bail in South Carolina. #LetsGoBrandon

Welcome to the Democrat Party’s new system of justice