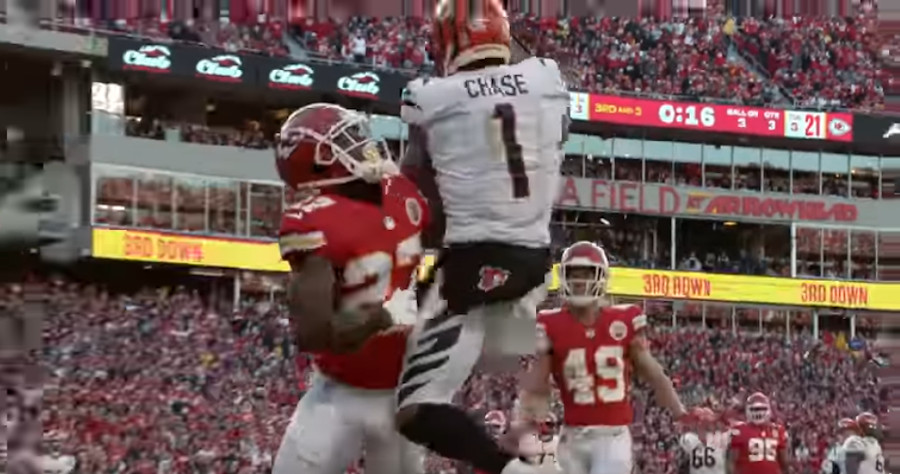 It’s been a long time since we had such a joyous, delightful underdog in the Super Bowl. The Cincinnati Bengals started the 2021 season as a rising team seen as being 2-3 years away from competing, and blew the doors off expectations. Fueled by youth, fun, and spectacular offensive star power, we are witnessing a juggernaut in the making — but is that enough to actually hoist the Lombardi at the end of all this?

Yes, it absolutely is. Here’s why.

No. 1: The Bengals have nothing to lose

It feels weird kicking this off with an intangible, but I actually think this could be one of the biggest boons to Cincinnati in evaluating this matchup. There is an immense amount of pressure, both external and internal, on the Rams’ aging stars to get a ring. We’ve seen what the brightest stage can do to the league’s biggest stars, and it’s possible that the entire premise of a home-town Super Bowl actually hurts the Rams, rather than benefit them.

Meanwhile, the Bengals are loose as hell. They know this isn’t their one last shot, but rather the beginning of something bigger. The key players know what it’s like to play in a big game, even if it isn’t the Super Bowl, and they’re just enjoying the process leading up to it.

Loose football is good football. Talk to any player and their biggest games come when they’re not over-thinking their surroundings and just falling back on instinct and skill. The hardest part of this season was getting to the Super Bowl for the Bengals, now it’s just one more game. I think this gives Cincinnati every chance to steal a game nobody expects.

No. 2: A trio of incredible offensive stars with a solid game plan

No conversation about the Bengals can take place without discussing Joe Burrow, Ja’Marr Chase and Tee Higgins. This nucleus is what will propel the Bengals to future success. This go so much further than just an elite QB with two elite receivers, though.

The Bengals know their offensive line is a mess. It’s unquestionably their weakest element. Burrow was sacked 55 times this season, but there have been plenty of games where the offensive game plan mitigated these issues. When Cincinnati leans on it short routes and YAC to move the chains, that’s when Burrow is pressured less.

Cincinnati did this against the Raiders in the Wild Card Round where they gave up two sacks, and against the Chiefs when he was only brought down once. Obviously sandwiched in the middle is Tennessee, where Burrow was brought down nine times, but the Bengals braintrust has now had two weeks to prepare for Aaron Donald and the fearsome Rams’ rush.

If the team can get in a short-route rhythm with quick release plays it will take pressure off Burrow and keep him upright more often. Then it turns the game into more of a battle of corners vs. receivers, which plays to Cincinnati’s strength. It’s a long shot, but it’s possible.

No. 3: Ja’Marr Chase has the ability to win the game’s most critical matchup

So much of this game will hinge on the battle between Ja’Marr Chase and Jalen Ramsey, which I’d love to have a camera on all game long. Chase is quickly becoming one of the NFL’s strongest physical receivers, and Ramsey relishes taking on guys like that.

However, Chase is really a unicorn when it comes to how he plays. He is so physical, but would rather catch short slants and hitches, then use his athleticism to get upfield. In this way he’s a very different challenge to Ramsey than Mike Evans was in the Divisional Round , where the Buccaneers relied on big catches and air yards to move the ball downfield.

Make no mistake: Ramsey can cover every single route. He’s one of the best cornerbacks in the NFL for a reason. However, this is far from the Rams’ forte. They gave up 2,614 YAC this season, second worse in the NFL, so it’s more about who can help Ramsey in this matchup. If we assume it’s a 50/50, then how much is Chase’s 50 percent hurting the Rams? In addition, only eight teams had more missed tackles that the Rams did this season.

This is a really critical stat for the Bengals and they will love the opportunity to burn Los Angeles with their favorite offensive technique.

No. 4: The defense has the chance to make the Rams one-dimensional

I think too much has been made of Cincinnati’s defensive weaknesses. After all, this is a team that managed to keep Patrick Mahomes and Co. in check better than the Bills.

The Rams represent a different challenge, but the Bengals are really able to stuff the run. That might not sound important in the modern NFL, but keep in mind that stuffing the run and making the game one dimensional was almost enough to propel the 49ers into the Super Bowl.

If that happens it will allow the Bengals to drop their linebackers into coverage more and help over the top to stop Cooper Kupp and Odell Beckham Jr. from burning them too badly. If all those stars align, then there’s a very real chance the Bengals can win a shootout — much as they did against Kansas City.