9/11 families battling over $3.5B in Taliban funds 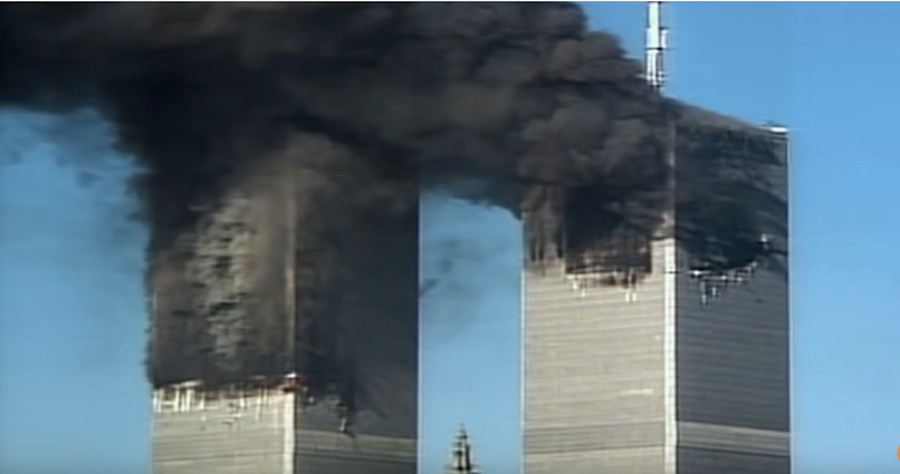 An ugly battle is brewing among 9/11 victims’ families over $3.5 billion in Taliban funds.

The legal drama pits family members of 47 people killed during the terror attacks against the kin of nearly 3,000 others.

The conflict erupted in September, a month after the Taliban seized Afghanistan, when lawyers for about 150 members of the 47 families in a lawsuit called, “Havlish vs. Osama bin Laden,” quietly broke away from the rest of the 9/11 victim community through a legal maneuver. The move put the 47 families in a position to grab the money first.

It paid off last month when President Biden unfroze $7 billion in Taliban assets held in the US, setting aside half for Afghanistan humanitarian aid and freeing up the other half to be distributed to 9/11 victims and relatives.

Now, other relatives among the 2,977 people killed on 9/11 are demanding that the Taliban money be fairly divided. A Manhattan federal judge will decide on the distribution.

“Anything short of an equal split amongst the 9/11 community would be a failure of our judicial system,” said Brett Eagleson, whose father, Bruce, a retail executive, was killed in the South Tower collapse while giving walkie talkies to firefighters.

Eagleson challenged lawyers representing the 47 families to “look me in the eye” and give “one good reason” why the death of his dad “is worth less than the death of any of [their] clients.”

While a vast majority of the 9/11 victims’ kin might be shut out, the firms of eight lawyers who represent the Havlish families are poised to possibly score hundreds of millions of dollars in legal fees.

They include Lee Wolosky, a lawyer and diplomat who advised the Biden administration on Afghan evacuees as a special counsel but left in January to rejoin one of the law firms that stands to benefit, Jenner & Block.

Wolosky and another lawyer at the Manhattan firm representing the Havlish plaintiffs, Douglas Mitchell, declined to comment.

Two of the eight lawyers, Dennis Pantazis and Richard Hailey, are part of an executive committee created by a federal judge in 2004 to “represent the interests” of all the 9/11 plaintiffs.

Pantazis told The Post, “We have been pursuing the Taliban for nearly two decades in keeping with the interests of all 9/11 families. Ultimately, any allocation of funds is not up to us and rests solely with the court.”

Another Havlish lawyer who asked not to be named, dismissed criticism that their potential windfall is unfair.

“Twenty years ago, everybody thought we were crazy when we filed this lawsuit. When you’re a success, you’re ‘greedy lawyers,’” he said.

Lead plaintiff Fiona Havlish, whose insurance executive husband Donald Havlish died in the World Trade Center’s South Tower, called for peace in the 9/11 community in a joint statement to The Post with fellow plaintiff Ellen Saracini, whose husband Victor Saracini was one of the pilots of hijacked United Flight 175, which struck the South Tower.

“It is important for us to come together to the extent possible. We share the same grief and the same goals,” Havlish and Saracini said.

The Havlish lawyers convinced a Manhattan federal court in September to serve the Federal Reserve of New York with a “writ of execution” to seize Afghanistan government assets to satisfy more than $7 billion in default judgments they previously won against bin Laden and the Taliban over a decade ago.

The government hasn’t taken a position on how the $3.5 billion Biden freed up should be divided, leaving it to the courts. Under New York law, however, the Havlish litigants may have priority to collect the cash because they staked a claim to it first.

Relatives in other lawsuits against the Taliban are demanding their fair share.

“I feel like the families are going to fight for that, and our lawyers are on it,” said Monica Iken, whose bond trader husband Michael was killed on 9/11. “We were all affected, and it needs to be distributed equally among all those who lost a loved one.”

Retired FDNY Deputy Chief Jim Riches, whose firefighter son Jimmy perished, said of the suits, “They told us we’d never get anything from it. Now that the money has materialized, it’s family against family. They should just divide it up 2,900 ways.”

Nearly all the families have received multiple other awards: payouts from the feds’ original Victim Compensation fund, which doled out $7 billion to next-of-kin; lawsuit settlements with airlines; and $3.3 billion from the U.S. Victims of State Sponsored Terrorism Fund, set up in 2015.