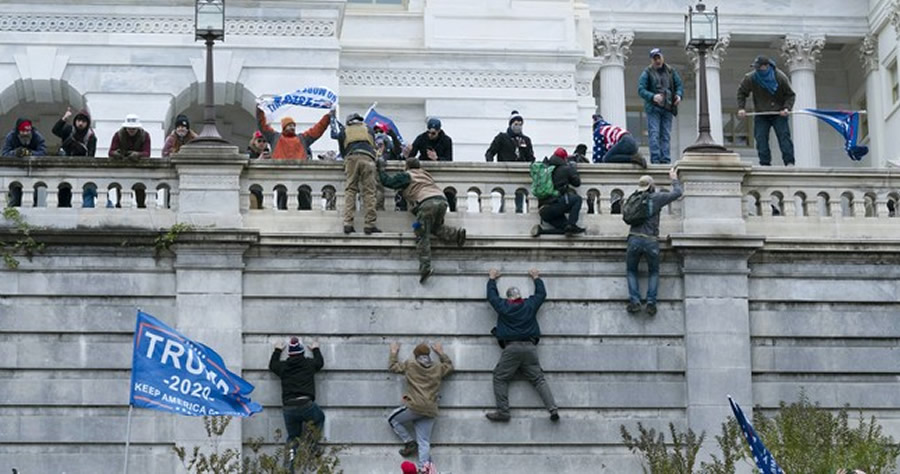 Democrats and those in the mainstream media have gone into overdrive to claim the riot at the Capitol building last year was on the same level as the terrorist attacks on 9/11 or when Imperial Japan attacked Pearl Harbor.

Vice President Kamala Harris began her speech at the Capitol on Thursday by linking all three events.

“Certain dates echo throughout history, including dates that instantly remind all who have lived through them where they were and what they were doing when our democracy came under assault. Dates that occupy not only a place on our calendars but a place in our collective memory. December 7, 1941. September 11, 2001. And January 6, 2021,” Harris said.

As someone who was standing inside the North Tower in a hole from a truck bomb on February 26, 1993, and at Ground Zero on September 11th, 2001, delete your account as you haven’t a clue about real vs imagined terrorist acts. Do better & ease off the political kool Aid. https://t.co/gy7buSivWM