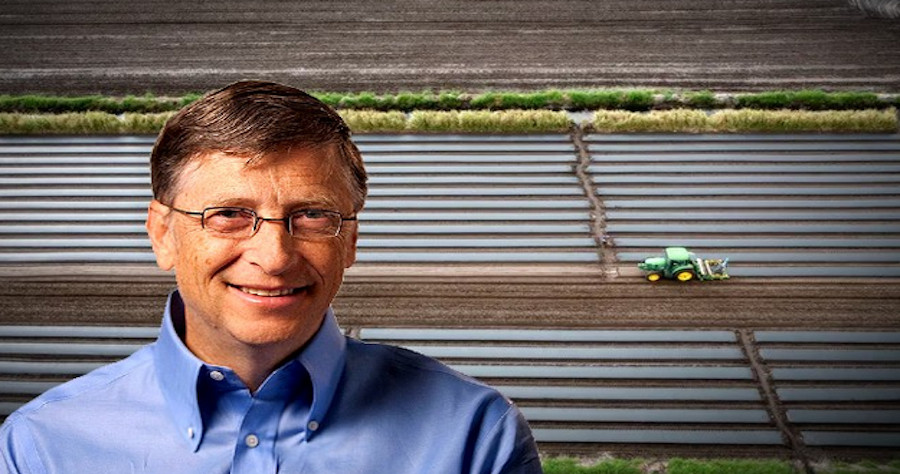 The unearthed event comes amidst Gates amassing the largest amount of privately owned U.S. farmland and advocating for overhauling global food production and diets in favor of a “plant-based” approach. The Chinese Communist Party has similarly been purchasing massive amounts of U.S. farmland despite national security concerns.

Founded by former Democrat Governor of Missouri Bob Holden, the USHCA purports to be a “bipartisan organization committed to building stronger ties between USHCA Region (20 states located in the USA between the Great Lakes to the Gulf) and the People’s Republic of China.”

“Our focus will be on Trust Building efforts connecting government officials; business leaders; educational and community interests with like minded institutions between the Heartland Region and the People’s Republic of China,” the group’s mission statement euphemizes.

The USHCA, however, appears to be used by several Chinese Communist Party-controlled organizations to gain access to American agricultural officials and company representatives.

Among the Chinese Communist Party influence groups that collaborate with USHCA are the Chinese People’s Association for Friendship with Foreign Countries (CPAFFC) and China United States Exchange Foundation (CUSEF), both of which are part of Beijing’s United Front Work Department.

The United Front Work Department is a billion-dollar operation executed by the Chinese Communist Party seeking “to co-opt and neutralize sources of potential opposition to the policies and authority of its ruling Chinese Communist Party” and “influence foreign individuals and the policies of foreign states to serve Beijing’s interests,” according to the federal U.S.-China Security and Economic Review Commission.

Also referred to as “avowedly an arm of the party-state,” CPAFFC has been flagged by the U.S. State Department for its campaigns to “directly and malignly influence” American officials and business leaders.

Gates, who has a long history of collaboration with the Chinese Communist Party in his personal and professional capacities, visited the Chinese People’s Association for Friendship with Foreign Countries (CPAFFC) in June 2014 to deliver a speech praising the group. Gates has also previously advised CUSEF.

CPAFFC President Lin Songtian addressed the event, sharing how he “hoped that China and the United States would take this forum as an opportunity to communicate frankly and find the potential for mutually beneficial cooperation in the fields of agricultural import and export, cross-border e-commerce, green agriculture, agricultural science and technology innovation, and deepen mutual cooperation and mutual trust,” according to a CPAFFC summary.

“The participating Chinese and American companies and representatives of American states in China expressed their gratitude to the organizers, believing that the dialogue will provide a useful platform for both parties to communicate directly and meet their needs, which will help them to grasp the new developments and new technologies in the agricultural fields of the two countries in a timely and comprehensive manner,” added the group’s summary.

“Some enterprises also expressed preliminary cooperation intentions on the spot, laying a good foundation for practical cooperation in the next stage.”

The conference raises concerns about Chinese Communist Party-backed efforts to make overtures to American farmers, as United Front Work Department Groups have leveraged free trips to China and business deals to individuals working in sectors including academia and media to support policies favored by Beijing.