“A Clean Conscience Is Worth A Buck Or Two”: Millionaire Late Night Host Scolds Americans For Whining About Inflation, Audience Cheers (VIDEO) 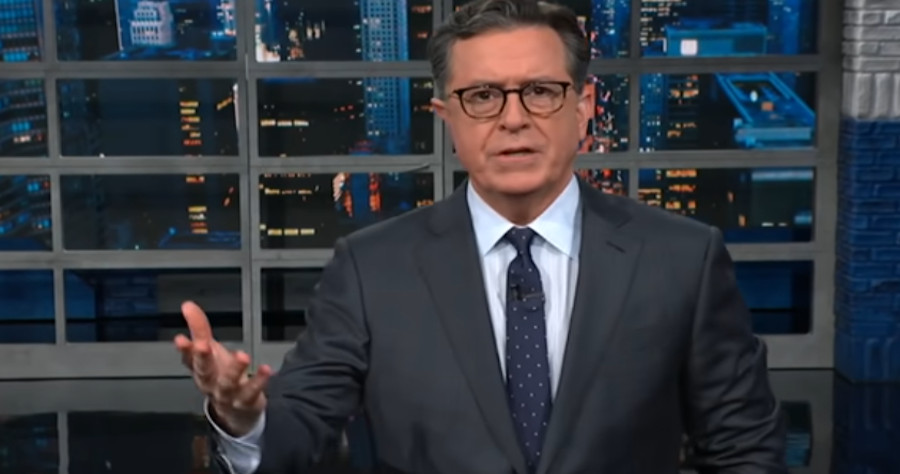 Whenever a leftist celebrity makes an idiotic statement, I wonder whether it’s just stupidity on their part or underlying evil machinations. I suspect it’s a combination of both. Certainly, these rich, spoiled ignoramuses have no clue as to how the world really works. Rising prices make nary a dent in their bottom line, so what do they know about economic hardship? However, there is most certainly an element of shadow forces dictating their thinking – and useful idiot pawns like late night hosts are the perfect vehicle for indoctrinating the masses.

Unfunny comedian Stephen Colbert is the poster child (and child is indeed the correct word for describing leftist rubes) for psy-opping the masses. Who could ever forget his vaccine song and dance? There is not a fire hot enough in hell for the absolute evil he advances.

Well, Colbert was at it again on his show – a show that would make Stalin proud for the amount of propaganda. Discussing the situation in Eastern Europe, he helped deflect the already-present inflationary pressures from Joe Biden’s failed economic policies. Rather than admitting that keeping people unemployed, printing trillions of dollars, and pumping said trillions into the economy doesn’t make for sound money, Colbert repeated the shtick that all was fine and well in the land of the U.S. dollar prior to Russia’ dastardly invasion of the poor wittle Ukraine!

Take a look at this textbook rewriting of history:

.@StephenAtHome: “Today, the average gas price in America hit an all-time record high of over $4/gallon. OK, that stings, but a clean conscience is worth a buck or two. It’s important. I’m willing to pay $4/gallon. Hell, I’ll pay $15 a gallon b/c I drive a Tesla” pic.twitter.com/my8Ukya5rQ

“Today, the average gas price in America hit an all-time record high of over $4/gallon. OK, that stings, but a clean conscience is worth a buck or two. It’s important. I’m willing to pay $4/gallon. Hell, I’ll pay $15 a gallon b/c I drive a Tesla”

Where does he get off? Mr. I-Deserve-A-Punch-In-The-Nuggets virtue signals his moral superiority by letting the whole world know about his fancy electric vehicle. Does he wonder what the charging stations are tapped into? Those batteries don’t power themselves, idiot. There aren’t enough words to point out all of the fallacies of the electric car narrative. Mining rare minerals, building stations, cold climate usage, and charging cars by relying on existing power plants barely scratch the surface. Add the insane price point and who can afford them?

But here is where I really struggle. I expect empty souls like Colbert, or even Joe Biden, to prance around in this world conning the “everyman” and enriching themselves with a false sense of purpose and morality. Human nature is flawed. The real problem I have is that the trained seals CLAP after his boneheaded monologue.
A clean conscience is worth a buck or two? I’m willing to pay more? This line of thinking jus pure evil. Higher gas prices means only hardship and death. Not only does it kill freedom – through depletion of disposable income – but it literally kills. The cold is responsible for tens of thousands of more deaths than the heat; when oil and gas are unaffordable for those living on the margins, it spells disaster.

It is truly disgusting that Cobert can stand up on that stage and regurgitate evil talking points, but it’s another thing entirely to watch people celebrate their open demise.