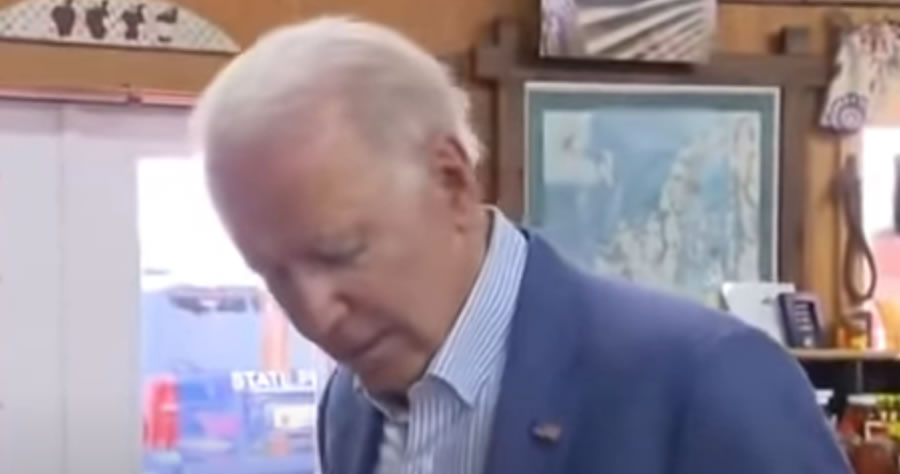 President Joe Biden took notes out of his jacket when asked about “the most recent hack by the Russians” during an ostensibly unscripted visit to a farmer’s market on Saturday in Central Lake, MI.

A woman, unseen in video of the moment, asked the president, “With the most recent hack by the Russians, would you say that this means that…?”

“We’re not sure it’s the Russians,” the president interjected. “I got a brief while I was on the plane. That’s why I was late getting off the plane. I got a brief. I’ll be in better shape to talk to you about it, hang on a second.”

Biden then reached for and withdrew notes from his jacket pocket. He remarked:

I’ll tell you what they sent me. The idea that, first of all, we’re not sure who it is, for certain, number one, and what I did, I directed the full resources of the government to assist in a our response if we determine … and the fact is that the director of the intelligence community gave me a deep dive on what’s happened and I’ll know better tomorrow, and if it is either with the knowledge of, and/or a consequence of Russia, then I told Putin we will respond.”

The woman asked, “You did tell [Putin] already, sir?”

“No, no, I haven’t called, because we’re not certain,” Biden replied. “The initial thinking was it was not the Russian government, but we’re not sure yet.”

The woman’s question presumably related to news media allegations of Russia’s involvement in the cyberattack on the Colonial Pipeline in May. The pipeline’s ownership paid nearly $5 million in a ransom fee, according to reports.

The Associated Press (AP) and local news affiliates did not report on Biden’s consulting of notes in their writings on the president’s visit to the market in northern Michigan. The AP did report, however, on the type of ice cream Biden purchased for himself — vanilla with chocolate chips in a waffle cone — earlier in the day in Traverse City, MI.