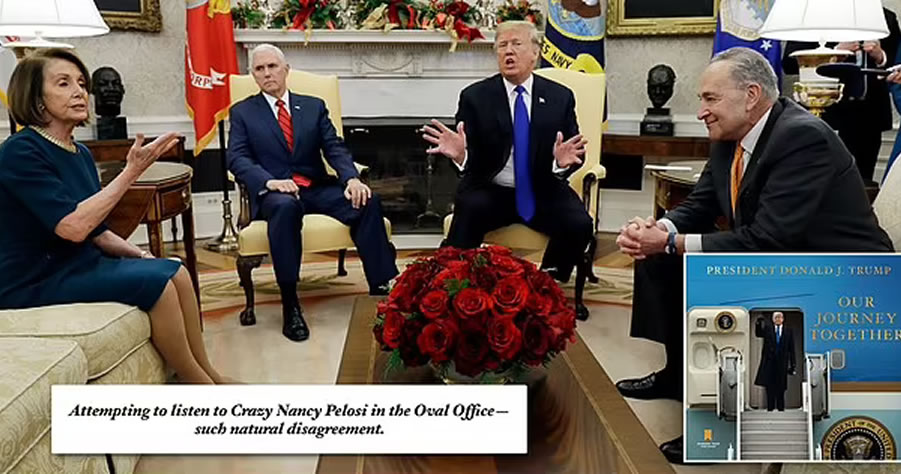 Former President Donald Trump, unlike most ex-presidents, hasn’t yet inked a multimillion deal for post-presidential memoirs. But he has signed his name on a coffee table book documenting his presidency that’s bringing in millions, CNN reports.

The coffee table book, titled “Our Journey Together,” has drawn in $20 million in gross revenue since Winning Team Publishing released it in November, CNN reported.

Winning Team Publishing was founded by Trump ally Sergio Gor, also a business associate of Donald Trump Jr., for the purposes of publishing “Our Journey Together,” and now has additional conservative writers’ projects in the works.

“Our Journey Together,” CNN said, includes about 300 pages of official White House photographs and other snapshots from the Trump presidency. They all come with captions written — some with Sharpies — by Trump.

Trump annotated the photos with colorful commentary reminiscent of his Twitter missives, peppered with insults and slights at his political foes. Twitter permanently suspended Trump’s account in the wake of the January 6, 2021 insurrection at the US Capitol.

“Attempting to listen to crazy Nancy Pelosi in the Oval Office — such natural disagreement,” Trump wrote alongside a photo from a contentious December 2018 Oval Office meeting with former Vice President Mike Pence and Democratic congressional leaders over the federal government shutdown taking place at the time.

“She was screaming and shaking like a leaf, she’s fucking crazy, hence the name ‘Crazy Nancy,'” Trump said in another handwritten caption, according to CNN.

The book is now literally flying off the shelves, with Gor struggling to keep up with the demand and recently putting in a request for 300,000 more copies to be printed.