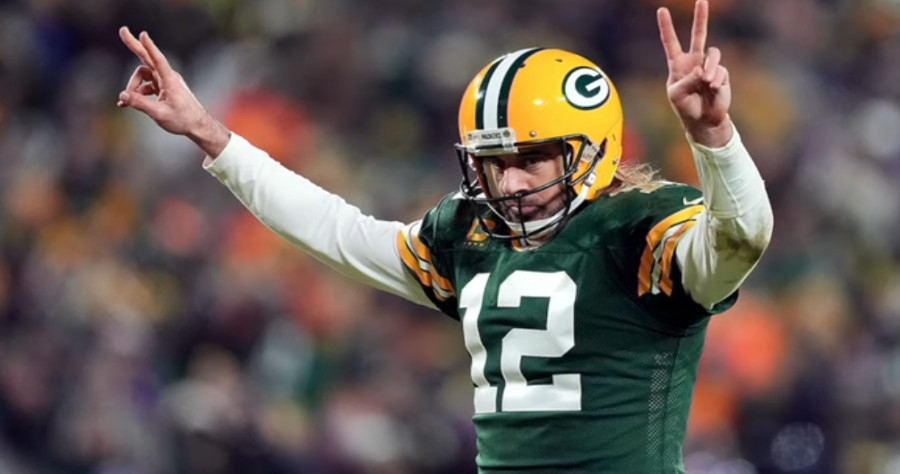 Back with the Pack? More like backed up the Brinks.

First reported by Pat McAfee, followed closely by NFL Network’s Ian Rapaport with reported terms of the deal, Aaron Rodgers is heading back to Green Bay to presumably finish out his career, ending a year-long saga that led to retirement talk and trade rumors surrounding the quarterback.

The terms of the deal are being debated in real-time, however.

In Rapaport’s initial report, Rodgers and the Packers agreed on a new deal that will not only keep the quarterback in Green Bay for the foreseeable future, but make him the highest-paid player per year in NFL history.

However, McAfee, who is getting his intel from Rodgers directly, is refuting Rapaport’s reporting, indicating that the monster deal presented might not be the one Rodgers eventually signs.

One thing is clear, though: Rodgers is getting paid. Here’s how much new dough the Packers passer would reportedly make.

On Tuesday, NFL Network’s Ian Rapoport reported that Rodgers is signing a deal with the Packers for four years and $200 million total.

The deal, at full value, will pay Rodgers $50 million per season.

From our breaking news coverage: #Packers QB Aaron Rodgers stays in Green Bay and will make $50M a year in new money. pic.twitter.com/Ud44n8uYIb

Rodgers’ new deal, per reports, will be front-loaded, meaning he’ll get a fair amount of money up front in the first yea, helping alleviate current and future cap issues.

Rodgers’ previous cap number, set at $46,664,156 for the 2022 season, is expected to be lowered, allowing the Packers to work around some previous cap issues.

Direct figures regarding his signing bonus were not immediately available.

Rodgers’ relationship with the talk show host is well known and his sourcing comes directly from the QB himself. So, one has to take into account the motivations and narrative spinning behind McAfee’s reporting.

“It may have been the deal that was presented, but that doesn’t mean it’s the deal he’s going to sign,” McAfee said, referencing the $200 million price tag.