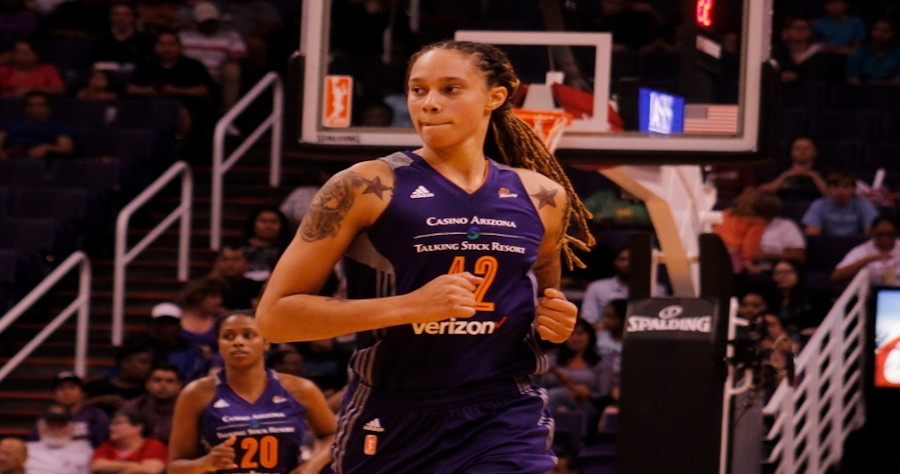 Brittney Griner, the America-hating, professional-basketball-playing ingrate who has spent almost one-hundred days in a Russian prison, is in an unenviable position. I certainly wouldn’t want to be in her Shaq-sized shoes right now.

I also don’t know if I would be in those shoes. I wouldn’t violate laws of a foreign country where playing the race card or kneeling for national anthems doesn’t have the same cache as it does in our own failing country. Griner is alleged to have attempted to travel with cannabis in the form of vaping cartridges.

In terms of fault for this imprisonment, it seems fairly obvious that most lands squarely on Griner herself. If the law of a country is to not have hashish, then don’t have hashish. How badly do you need a hit?

ABC’s Good Morning America host Robin Roberts recently visited Brittney Griner’s wife in their Phoenix home to catch up on her after three months of little movement. According to Roberts’ opening remarks, no previous public statements have been made by her wife, Cherelle, out of fear of escalating an already-tense situation. Makes sense.

And for most of her interview, we got what viewers would expect. A look inside their home and a look inside the heart and mind of a spouse who has only exchanged a handful of letters in three months. No doubt the suspense and angst of waiting to hear of Griner’s Russian prison sentence weighs heavily on them both.

All of this is enough right there; we don’t need extra drama or politics. Brittney is in a Russian jail, her wife is waiting at home and hoping to get the help from President Biden, and she is hopeful previous talks with Secretary of State Anthony Bloinken will materialize into something more positive.

However, Robin Roberts being the corrupt media personality that she is, simply couldn’t resist a swipe at the nonexistent, and certainly non-related in this case, issue of the “gender pay gap” for male and female athletes (Can we say male and female again?).

“Has she ever, Brittney, ever expressed anything to you about that [having to play abroad]? About the pay inequity with the WNBA, and about having to play overseas?”

Seriously, what is this? Is this journalism? I actually didn’t mind the interview up until this point. It stuck to the chronology of Griner’s detainment, which I don’t feel bad about but am interested in, and her wife seems like a decent, caring person. But then Roberts injected the woke feminist narrative of pay inequality for a sport in which high school boys can readily defeat championship-caliber teams. Let’s not even go there.

To her credit, Cherelle somewhat skirts the politics of the issue, replying only with:

“She can’t make enough money in the WNBA to sustain her life.”

I saw their home in the interview; she doesn’t need to play overseas. In fact, Brittney Griner’s latest contract was for three years and worth over $650,000. It’s simply absurd to think this is a real talking point. I would love to make over $200K per year to play a sport no one watches. Get out of here with that.

Most likely, and as was pointed out during the sit down, Griner enjoyed the attention and adoration of Russian fans and media. The end.

As for Roberts, what a disgraceful question. Shame on her.

The whole video can be seen here.