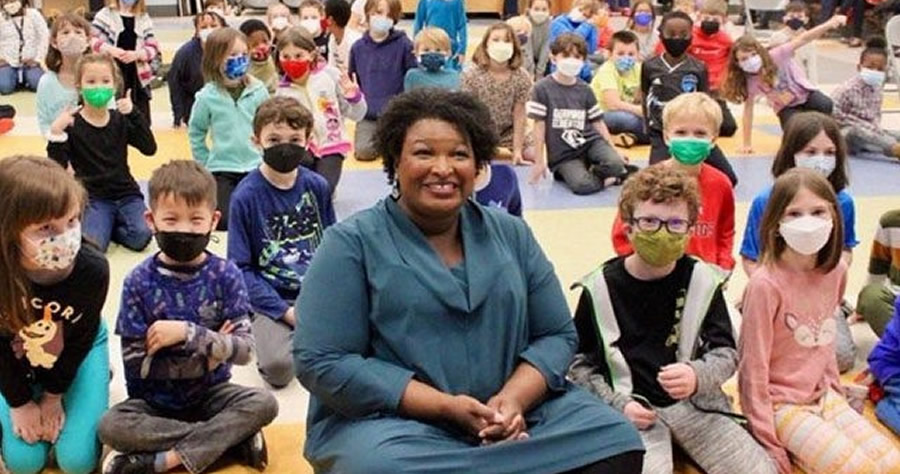 Groh-Wargo wrote on social media, “Our opponents took a brief break from licking Trump’s boots this weekend to issue baseless attacks,” and then claimed, “Our opponents are using a Black History Month reading event for Georgia children as the impetus for a false political attack.”

Groh-Wargo proceeded to berate both Perdue and Kemp without using their names:

Our opponents took a brief break from licking Trump’s boots this weekend to issue baseless attacks, and it’s more of their typical dishonest, wannabe tough guy fodder to distract from their failures. See the @staceyabrams campaign response here 👇 pic.twitter.com/zOoTvkKKQg

Stacey trusts science and supports masking in schools as it's the current CDC recommendation. She wore a mask to the event, and removed it at the podium so she could be heard by students watching remotely and for photos, but only with folks who were masked https://t.co/nbl2aJRqo0

Why did she delete the photo if the attack was baseless?

This photo is catastrophic for Abrams, and her party, and you know it.

There were also a couple of other deleted tweets, via Derek Willis, Abrams tweeted “(For brief periods, in consultation with the school nurse, I removed my mask.)”: