Olympic hammer thrower Gwen Berry’s history of offensive tweets has been uncovered after she snubbed the American national anthem during trials last weekend.

Berry, 32, made a variety of tasteless jokes and observations in messages dating back up to ten years, but which are still visible on her account.

The athlete – who has insisted that the National Anthem is racist – posted tweets mocking Chinese, Mexican and white people.

Posts also include ill-judged jokes about rape, suggestions she would ‘stomp on a child’, as well as using the word ‘retarded’, widely seen as being offensive and disrespectful, Fox News reported.

The revelations come after Berry turned her back last weekend when the national anthem was being played after her Olympic qualifier.

Toward the end of the anthem, Berry picked up a black T-shirt with the words ‘Activist Athlete’ emblazoned on the front, and draped it over her head.

She has claimed that she was ‘tricked’ into being there at that moment, and was enraged and confused, insisting the anthem did not represent her – but that she still loves the United States.

On Friday, tweets she had posted earlier in her career began recirculating online. 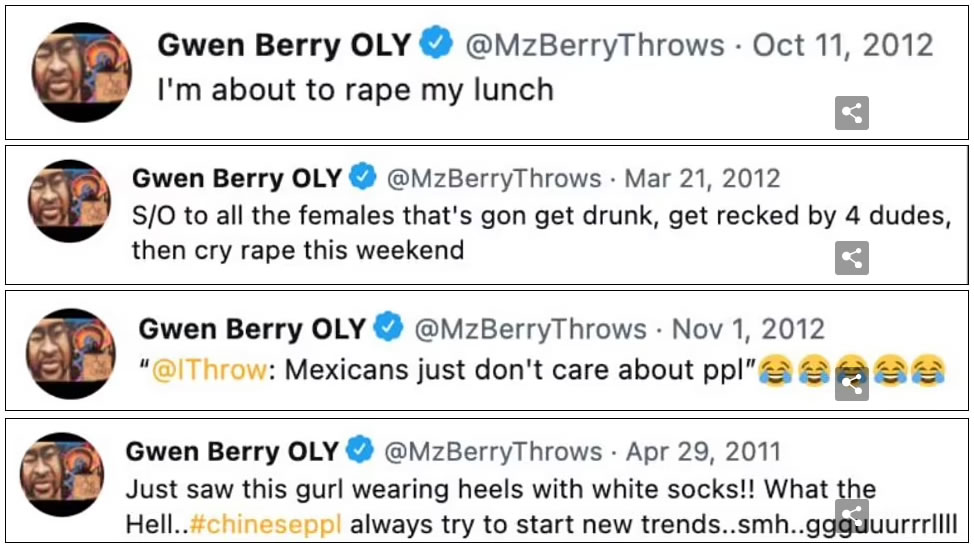 The majority of the tweets uncovered are more than ten years old, but Berry was competing for the United States on the national stage 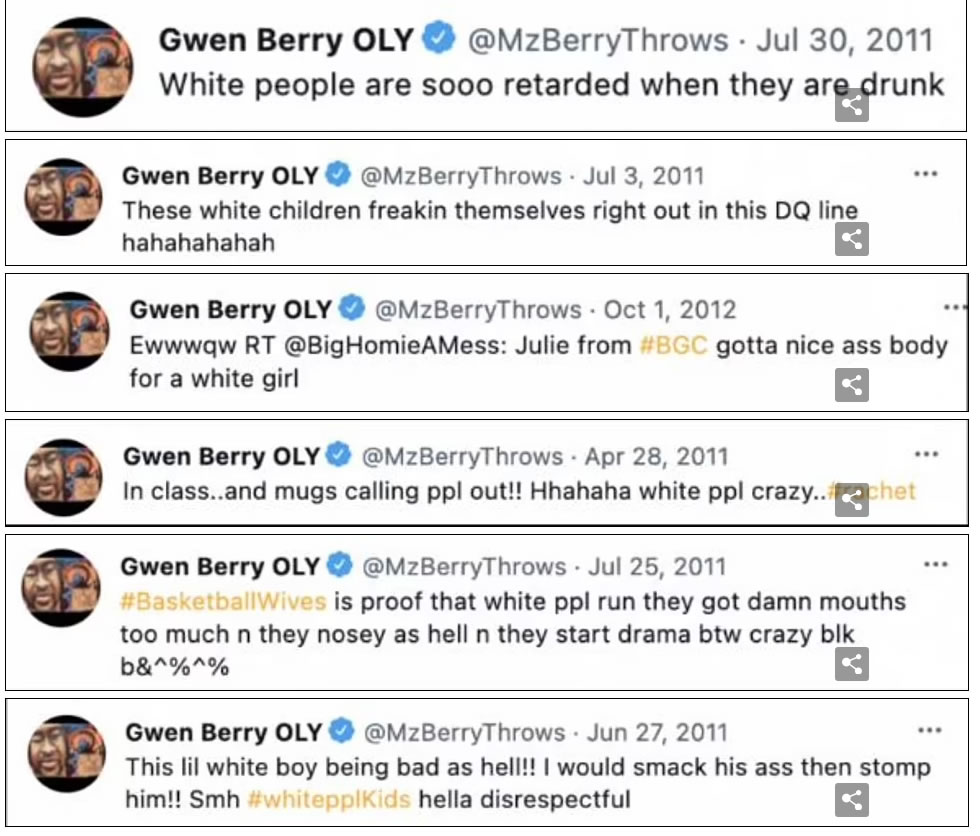