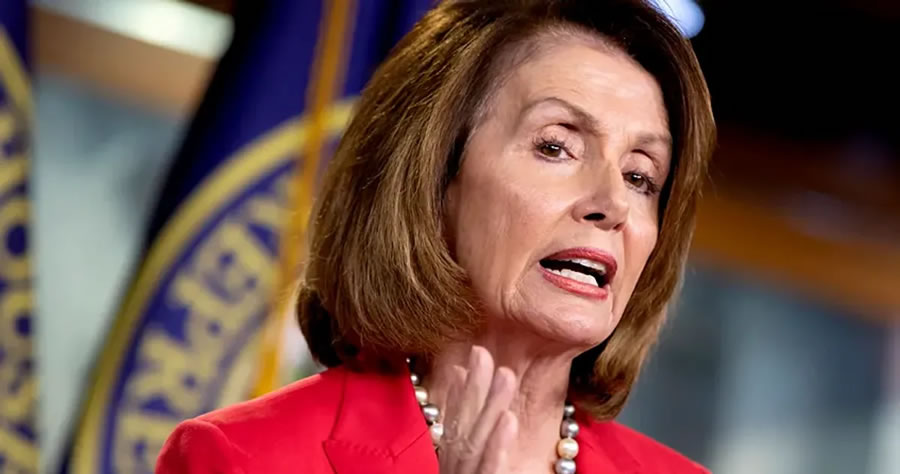 Activists gathered at Democrat House Speaker Nancy Pelosi’s San Francisco home over the weekend to serve an “eviction notice” to the 81-year-old politician after she failed to get an extension passed in Congress last week for the CDC’s eviction moratorium.

The Biden administration extended the eviction moratorium by a month and it the Supreme Court allowed it to stay in place until July 31, which was its extended expiration date.

“The House adjourned Friday for summer recess without passing legislation to extend a nationwide ban on evictions that is set to expire Saturday, prompting outrage from the progressive Squad and an overnight protest at the Capitol,” Fox News reported. “About 40 activists headed to Pelosi’s home on Saturday to tape an ‘eviction notice’ on her door to remind the speaker that millions of Americans will be facing eviction starting this weekend while she sleeps comfortably in her posh home.”

Christin Evans, one of the activists outside of Pelosi’s home, told Fox News that one of the reasons that they showed up to her home was to show “how out of touch she is with the people that are facing a situation [of eviction].”

“We wanted to essentially send her a message that we want her to reconvene Congress to take a vote [to extend] the eviction moratorium,” Evans added.

In solidarity with all people behind on rent and @CoriBush, we’re out at @SpeakerPelosi ‘s mansion delivering an “eviction” notice.

Our Congresswoman needs to convene Congress to extend the eviction moratorium. pic.twitter.com/4Hrpb0OMnZ