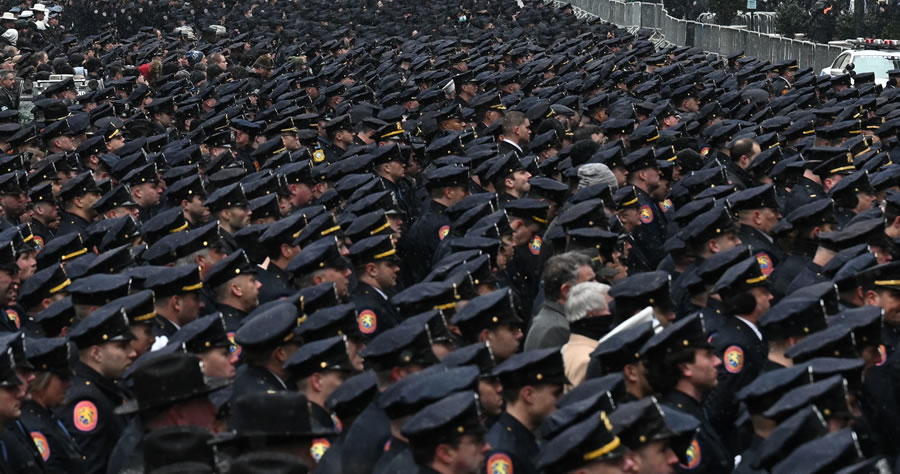 A New York City actress was fired from her theater company for mouthing off about the inconvenience of street closures for slain cop Jason Rivera’s funeral — a vile online rant she quickly deleted after it went viral.

“We do not need to shut down most of Lower Manhattan because one cop died for probably doing his job incorrectly. They kill people who are under 22 every single day for no good reason and we don’t shut down the city for them,” said Jacqueline Guzman on the clip, which appeared on TikTok under then handle @vinylboobs.

Guzman spoke as she filmed herself Friday walking down an empty street, which had been barricaded off.

She went on to pan the camera to the closed street. 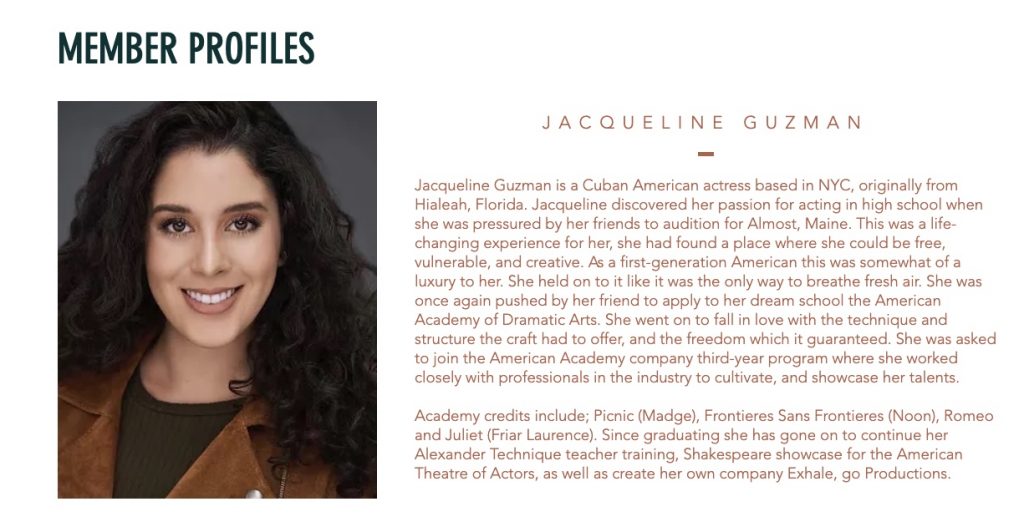 Condemnation of Guzman was swift.

“New Yorkers turned out by the thousands yesterday to help us honor our fallen brother. One person spreading hate cannot erase that. This kind of garbage has polluted the conversation for far too long. We need the New Yorkers who are standing with us to speak up and push back,” PBA President Patrick Lynch said.

One Brooklyn cop said the video was “totally disrespectful, not only to the NYPD but to all New York residents and to all humans. If this is the only way she can get publicity, I feel very sorry for her.”

The name of Guzman’s acting company, Face to Face Films, and other personal details about her were posted to social media.

“Face to Face Films has just been made aware of an insensitive video involving one of our members, Jacqueline Guzman. Face to Face Films does not support nor can condone these comments made about fallen Officer Rivera. As a result, she is no longer a member of our company,” the company posted on its Facebook page.

Anthony Laura, the founder of Face to Face, said Guzman was an actress with the film and theater company but declined to say more.