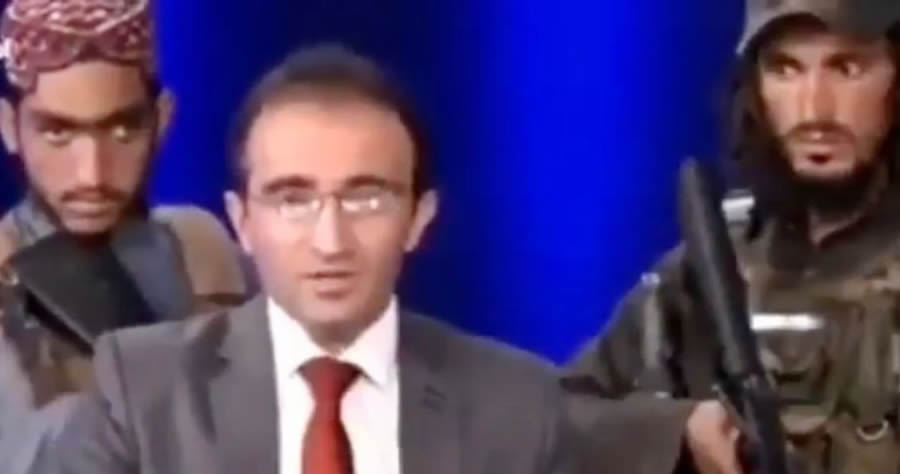 The presenter of Afghan TV’s Peace Studio appears on video informing the Afghan public to “cooperate with it and should not be afraid” while members of the Taliban stand behind him at gunpoint.

The host of the Peace Studio TV show which airs on Kabul TV can be seen being held at gunpoint while Taliban members clad in tactical gear appear to be holding rifles and surrounding the host. The host can be seen telling his audience to “cooperate with it.”

This occurs just over one week after the Taliban seized power over Afghanistan before the U.S. was set to complete its withdrawal of troops from the area, according to The Associated Press (AP).

With armed Taliban fighters standing behind him, the presenter of Afghan TV's Peace Studio political debate programme says the Islamic Emirate (Taliban's preferred name) wants the public to "cooperate with it and should not be afraid".pic.twitter.com/rclw3P9E7M