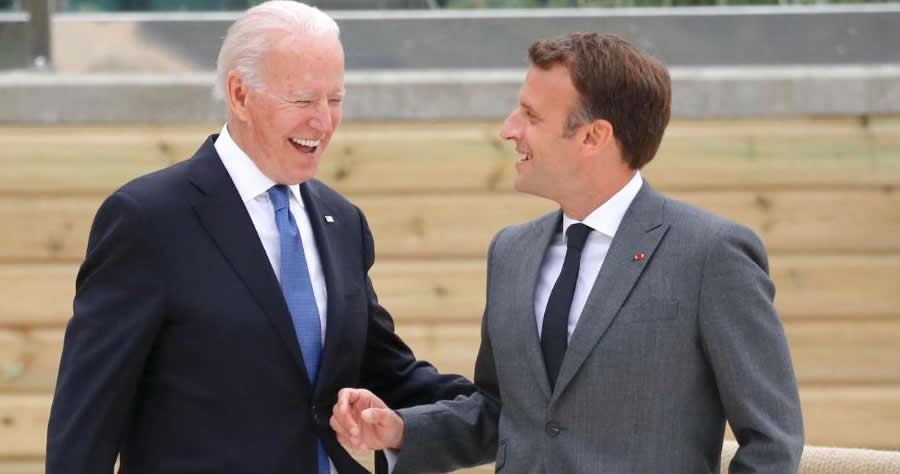 A series of disagreements, most notably over Afghanistan, have some European leaders revising their expectations about President Joe Biden, and thinking more about a future untethered to the US.

From a white-knuckle grip with Donald Trump to an arm on the shoulder with President Biden, Emmanuel Macron’s greetings tell the story of how EU leaders saw the change of US administrations.

At a Nato summit in May 2017, the French president dug his fingertips into President Trump’s hand, staring him in the face. “It wasn’t innocent”, Mr Macron later said. “In my bilateral dialogues, I won’t let anything pass.”

Roll forward four years to the recent G7 summit in Cornwall, Joe Biden’s first as US president, and again Mr Macron grasped the moment. As the cameras snapped, he walked across the beach with his arm around Mr Biden. The body language shift was clear: the two sides arm-in-arm once again.

But in capitals across Europe, from London to Berlin, Afghanistan has soured the sweetness of Joe Biden’s honeymoon. It’s not the fact of the withdrawal itself that has rankled but the US’s lack of coordination with allies, particularly since the Nato mission at the time of the drawdown comprised troops from 36 countries, three-quarters of whom were non-American, leading to an international scramble to evacuate.

The German deployment in Afghanistan was its first major combat mission since World War II, so the frustration at how it ended runs deep. Armin Laschet, Germany’s conservative candidate for chancellor ahead of elections later this month, called the US withdrawal “the greatest debacle that Nato has experienced since its foundation”.