‘Afraid To Give Me An Answer?’: John Kennedy Presses Three Biden Judicial Nominees To Answer A Single Question [VIDEO] 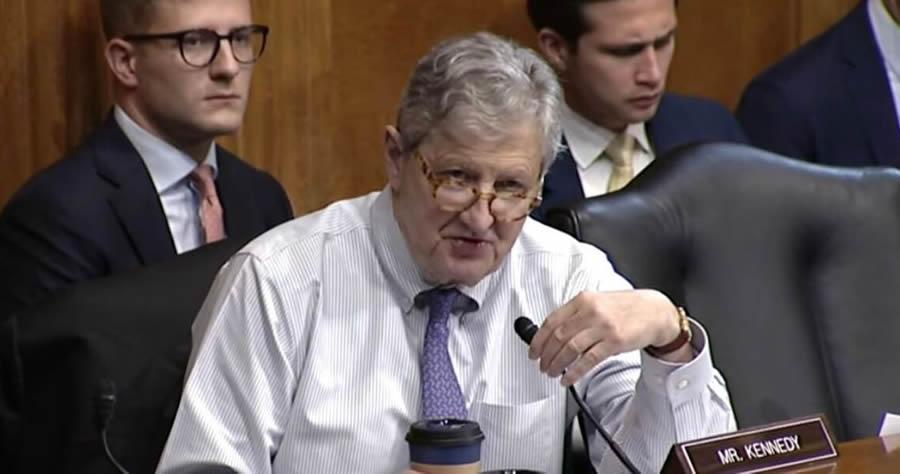 Kennedy first questioned Robert Huie, a nominee to the United States District Court for the Southern District of California, on whether he agrees with prosecutors refusing to take up certain criminal cases “in the name of social justice.”

“Senator Kennedy, I think I can speak to that issue very broadly in the federal context based on my experience as a prosecutor,” Huie began. “To phrase my opinion ‘constitutional terms’ on the federal side, Article II [of U.S. Constitution] directs the President shall take care that the laws of faithfully executed.”

Kennedy repeated his question twice more, to which Huie replied that he would need to “get more detail” to form a straight opinion.

“Are you afraid to give me an answer?” the senator asked. He then asked the same question to Evelyn Padin, who the president nominated to be a United States District Judge for the District of New Jersey.