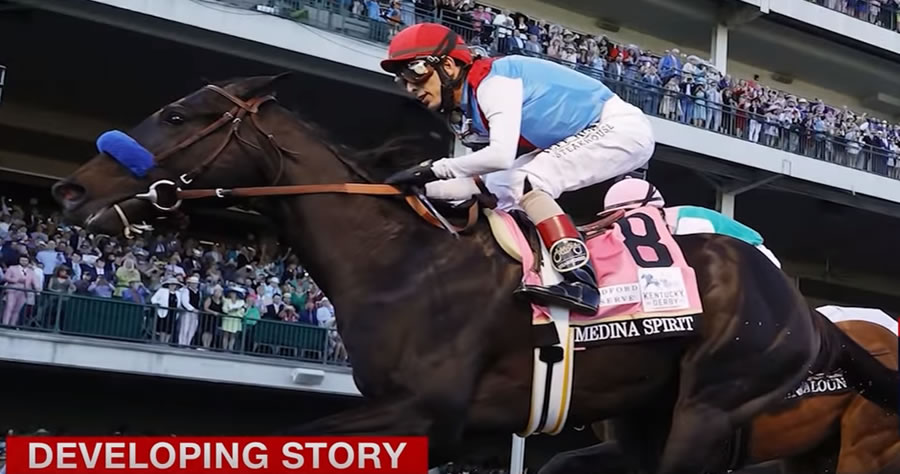 Just days after it was revealed that Bob Baffert’s latest winner Medina Spirit failed a post-race drug test, the legendary trainer pointed to a “possible source” for the drug which Baffert has vehemently denied using to treat his horse.

In a statement released by his attorney on Tuesday, Baffert explaining that the 21 picograms of betamethasone in Medina Spirit’s post-Derby sample may have come from a fungal ointment that was being used to treat dermatitis.

“Following the Santa Anita Derby, MEDINA SPIRIT developed dermatitis on his hind end,” the statement read. “I had him checked out by my veterinarian who recommended the use of an anti-fungal ointment called Otomax. The veterinary recommendation was to apply this ointment daily to give the horse relief, help heal the dermatitis, and prevent it from spreading.”

“My barn followed this recommendation and MEDINA SPIRIT was treated with Otomax once a day up until the day before the Kentucky Derby. Yesterday, I was informed that one of the substances in Otomax is betamethasone.”

Baffert claimed there was no confirmation that the ointment was responsible for the positive results, which have yet to be confirmed.