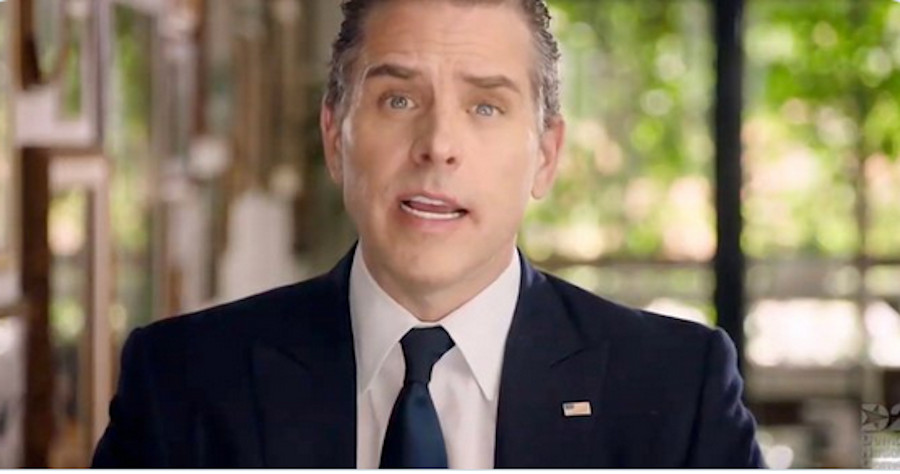 Big Tech, the corrupt corporate media, and Democrats throttled the completely legitimate Hunter Biden laptop story one month before the November 2020 election by lying that the reporting was Russian disinformation.

Now a year and a half after a mere mention of the story got you nuked from the internet by power-hungry tech oligarchs, and with Joe Biden safely in office, the propaganda press is quietly admitting what conservative media immediately verified: that the story was legitimate all along. The president’s son did abandon his laptop, which contained a treasure trove of damning and compromising information about Hunter Biden’s sketchy foreign business dealings and their connection to the now-president.

On Wednesday, The New York Times stealthily admitted, in an understated article focused on a federal investigation into Hunter’s taxes, that the laptop story was legitimate and that he was under scrutiny for shady relationships with Chinese and Ukrainian energy companies, which might have violated “foreign lobbying and money laundering rules.” The quiet confession that the laptop was real and not “Russian disinformation,” as many Joe Biden advocates claimed without evidence at the time, was buried in the article nearly 25 paragraphs down.

This is the interesting part of NYT’s Hunter story, not the part about the authentic emails that were authenticated a long time ago https://t.co/ImVn02zEED pic.twitter.com/ZStLFKdtXi

The New York Post first reported in October 2020 that a “Smoking-gun email” discovered on an abandoned laptop demonstrated “how Hunter Biden introduced Ukrainian businessman to VP dad.” The news was devastating enough to hurt Joe Biden’s chances to topple former President Donald Trump, so the corrupt elites who control our nation’s streams of information banded together to brand the story as misinformation that deserved to be censored and suppressed.

Shortly after the Post broke the news, Politico rushed to publish a letter signed by dozens of former intelligence heads from the CIA, Department of Defense, National Security Agency, and more smearing the laptop story as “Russian disinformation.” These so-called “experts” admitted that they had never seen the laptop nor that they had any evidence to suggest that their “Russia, Russia, Russia” theory was accurate, but the letter quickly became the basis for the left to wage a censorship war on anyone and everyone who amplified the Hunter corruption narrative.

Even when current intelligence leaders confirmed that there was never any evidence that the Hunter laptop story was disinformation, Democrats kept spreading the lies to destroy their ideological opponents.

So… a computer repair shop in Delaware is a front for Putin?

Isikoff thought the dossier was true and the laptop story was fake. https://t.co/uHm4QyzrBH

This is a story I covered from the start because of how much corruption it revealed. The corporate press and Big Tech used a blatant CIA lie to claim an authentic archive was false. Yes, there’s a war going on: there always is. But these events are vital:https://t.co/kLN50ZIXvs

The New York Times was among many of the deliberately dishonest media outlets (and eager Russia collusion hoaxers) who intentionally downplayed the findings on the laptop and mischaracterized them to save the elder Biden from criticism. Some media companies such as NPR, which eagerly relied on the debunked Steele dossier to push anti-Trump coverage, declined to give the story any coverage at all because they said it “doesn’t amount to much.”

Big Tech also censored the New York Post’s reporting and prevented the story from being circulated on its platforms using phony policies. Twitter claimed the reporting violated its “hacked materials policy,” which it has since refused to enforce, and banned the New York Post from tweeting until it took the article post down.

Facebook also reduced distribution of the bombshell article because the Democrat operatives who staff the Silicon Valley giant claimed the story needed to be “fact-checked,” which even the company has admitted is just a bogus excuse for censorship.

While I will intentionally not link to the New York Post, I want be clear that this story is eligible to be fact checked by Facebook’s third-party fact checking partners. In the meantime, we are reducing its distribution on our platform.

The same people who knowingly bought into and spread the Russia collusion hoax colluded to deplatform and discredit their political and ideological enemies in the run-up to a highly-contested election. They were successful in their endeavors, with Biden ultimately ousting Trump from office, which is why they can now safely pretend they never lied about and throttled the Hunter Biden laptop story.

That story of deep familial corruption had the potential to change Americans’ votes in the 2020 election. That’s why Big Tech, the corrupt press, and Democrat blue checkmarks deemed themselves the gatekeepers of information for Americans and made the calculated decision to meddle in the election through censorship and suppression.

Despite the New York Times quietly now admitting the legitimacy of the laptop, don’t expect an apology from them or any other corporate media outlets, pundits, Democrats, or Big Tech. They have demonstrated over and over that their missteps are no good-faith journalistic “errors” warranting a “correction” or follow-up story a year and a half later. They will do whatever it takes to empower themselves and their political allies.