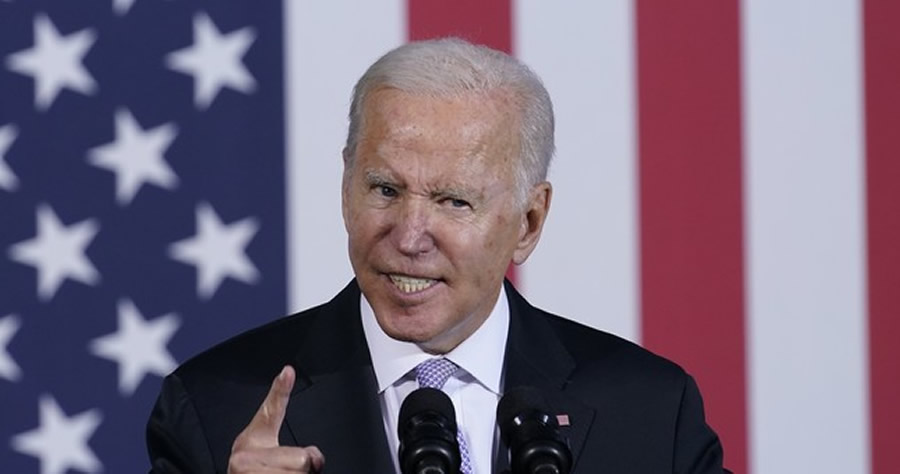 President Joe Biden went viral after he offered a grim diagnosis of efforts to sway enough Democrats to change the filibuster to pass voting reform legislation after a meeting with senators Thursday on Capitol Hill.

A clip of his remarks shared on Twitter by CNN reporter Kaitlin Collins, who described Biden as being “agitated,” has been seen more than 160,000 times and was retweeted by White House chief of staff Ron Klain. The video showed Biden raising his voice at times, saying he will fight “as long as I have a breath in me” as he reiterated the argument made by Democrats that changing the long-standing filibuster is justified because their election overhaul legislation is needed to combat red-state voter integrity laws they believe will limit voter access.

The video also appeared to show Arizona Sen. Kyrsten Sinema, a Democrat opposed to altering the filibuster, walking into the room before quickly reversing course. Some users surmised Sinema was turning tail, considering the optics. Her vote, along with that of fellow holdout Sen. Joe Manchin of West Virginia, is needed for Democrats to pass the election legislation over the unanimous objection of Republicans.

Biden is agitated leaving meeting with Senate Dems: “The honest to god answer is, I don’t know we can get this done…But I know one thing, as long as I have a breath in me…I’m going to be fighting to change the way these legislatures have moved.” pic.twitter.com/SzbLGTUuag

“The world is laughing at the U.S. because of this clown,” said Daily Wire reporter Ryan Saavedra.