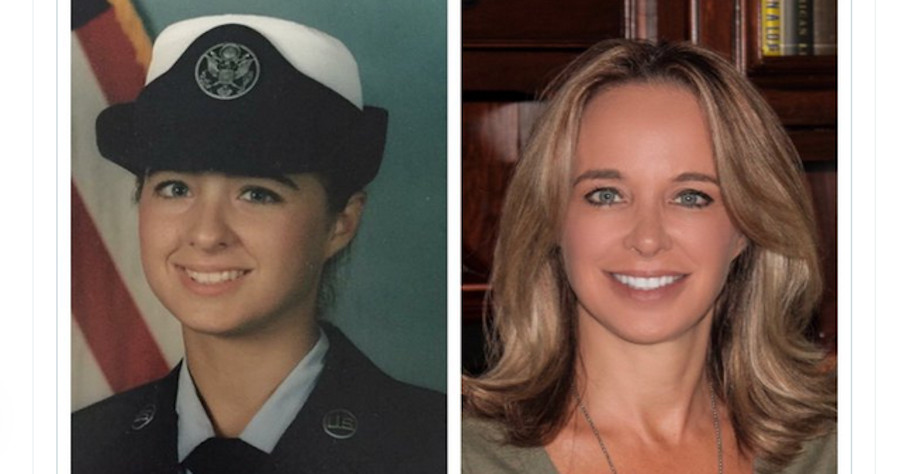 The social media giants are at it again.

This time, however, the old story of censorship and suppression has a different, happier outcome. In a remarkable reversal, LinkedIn has restored an Air Force veteran’s post, after removing the post and falsely accusing her of violating the social networking platform’s hate speech policies.

So what was the alleged “hate speech” violation? The veteran, Gretchen Smith, posted a story on Thursday that detailed her rise from poverty to being in the Air Force and graduating with four degrees, all while avoiding student debt and setting herself up for success through hard work and perseverance.

“I am not responsible for your student debt,” she wrote in the offending post. “I grew up in poverty in NC. Ate from a garden, name was on community Angel tree for Christmas, bought clothes from yard sales & if I was lucky, on a rare occasion Sky City. I joined the Air Force then went to college. I made it happen.”

All in all, it seems like a pretty innocuous posting, one that shared an uplifting message and encouraged people to work hard and make something of their lives. But LinkedIn apparently thought differently. The company removed her post and locked Smith out of her account.

I was locked out of @LinkedIn just now for this exact post below. It went viral. This is the second time this platform has targeted me. I am frustrated and disappointed. Freedom of Speech has been secured by our blood, sweat and lives. This has got to stop.

Smith is the founder of a non-profit organization called “Code of Vets,” which she created to honor her father, a Vietnam veteran and Bronze Star Medal recipient, who died at the age of 57 after a long struggle with post-traumatic stress disorder. Code of Vets posts across many different social media platforms in an effort to help veterans who, like her father, are experiencing personal crises.

“What did I do wrong?” Smith asked, speaking to Fox News Digital about the suspension of her account. “I shared my story. That’s how I grew up. That’s how I believe everyone is responsible for their own bills and payments, and I’m being punished for it. And I just I find it absolutely unacceptable that Big Tech has that kind of power.

“I’m not seeing Democrats being censored. I’m seeing conservatives censored. They’ve got 100% control over our freedom of speech right now on these platforms, and I find that to be very scary,” she added.

Smith’s post came in the wake of the Biden Administration’s announcement that it will extend a student loan moratorium through August 31. Along with similar moves, it’s stirred up a lot of controversy about the $1.6 trillion in student debt that Americans have racked up in recent decades. And that’s why Smith shared her story: to show Americans that hard work and persistence, rather than government largesse and loan forgiveness, are better paths to success.

Fortunately, in Smith’s case, LinkedIn did the right thing and corrected their error—and was gracious enough to admit the mistake. The company restored Smith’s post, and apologized for the mix-up.

“We confirmed your content does not violate our policies,” Smith was informed by a LinkedIn representative. “We apologize for the mistake, your content is now back on LinkedIn. We recognize there may be times when we don’t get it right and we offer the option to appeal a decision if you feel content was removed in error.”

The social media company, however, did cite the fact that Smith had posted on her personal account rather than on the Code of Vets group page. It was a minor issue, and Smith agreed to move her personal page to the group account, and LinkedIn removed its restriction.

It’s a rare instance of an unjust social media ban being overturned, and Gretchen Smith is just happy to able to focus on what really matters to her.

“I am grateful LinkedIn reinstated our account,” she told Fox News. “Now we can resume focusing on veterans in crisis/need.”