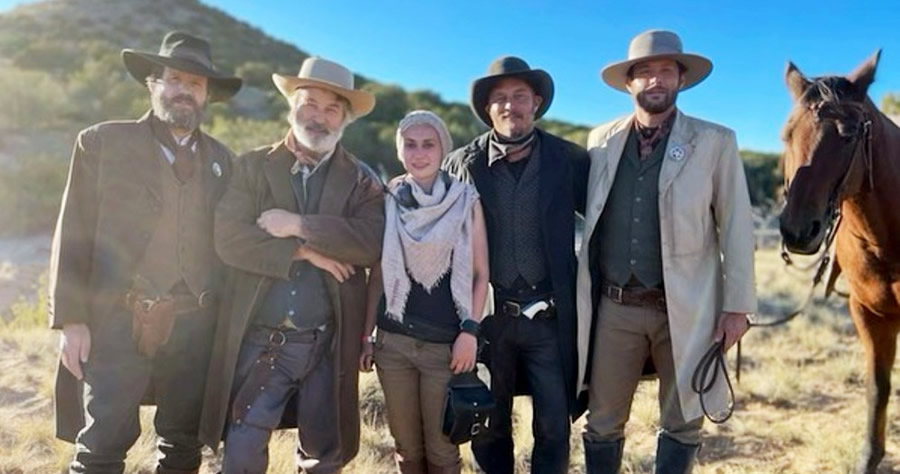 Alec Baldwin defended working conditions on the set of the Western flick “Rust” — sharing a crewmember’s social media posts ripping her co-workers for describing it as “chaotic and unsafe.”

The actor and producer — who fatally shot cinematographer Halnya Hutchins and wounded director Joel Souza — shared several screenshots of remarks by Terese Magpale Davis, who worked in the wardrobe department for the movie.

“Read this,” Baldwin, 63, wrote to introduce the multiple Instagram posts, all of which were screengrabs of Davis’ own social media posts.

“I’m so sick of this narrative,” Davis wrote. “I worked on this movie. The story being spun of us being overworked and surrounded by unsafe, chaotic conditions is bulls—.”

She insisted that the crew never worked for more than 12 ½ hours a day – and that “most days were under 12.” 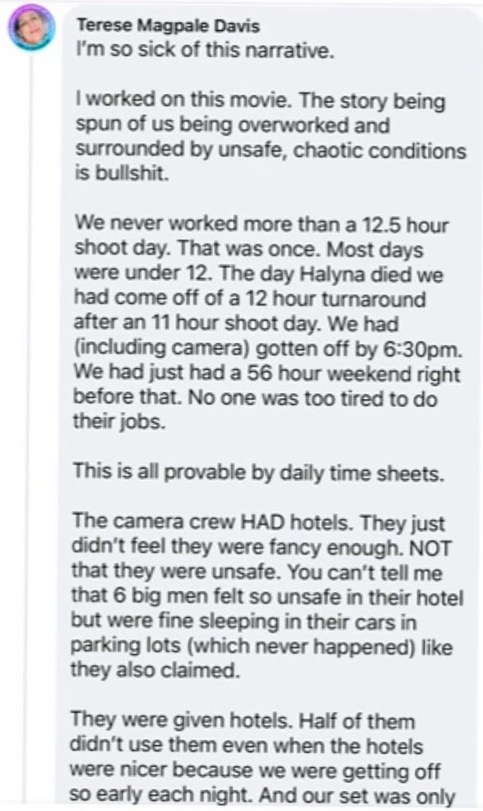