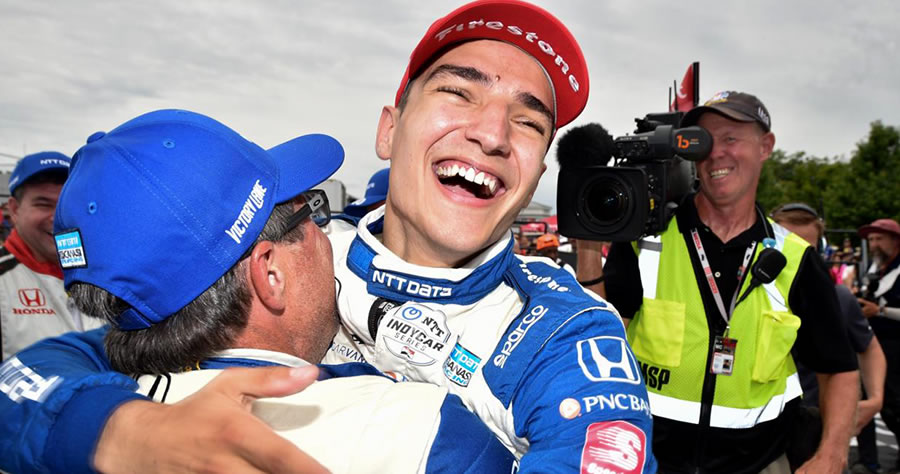 Palou drove his No. 10 NTT DATA Honda to a 1.9106-second victory over the No. 26 Gainbridge Honda of Colton Herta. 2014 series champion Will Power finished third in the No. 12 Verizon 5G Team Penske Chevrolet. Palou, who led five of the 55 laps after starting fifth, averaged 119.424 mph in a race slowed by four full-course caution periods.

“It always feels awesome even if it’s your lucky day or just because you have really good pace,” Palou said. “We’ve been close. Indy road course, Detroit, Indy 500, and today I was like, ‘Oh, no, we need to get that win.’ A win is a win. It’s always the best thing.”

Palou took a 28-point lead over Pato O’Ward in the series standings with his second victory of the season, as he also won the season opener on April 18 at Barber Motorsports Park. O’Ward, who led Palou by one point as the series leader entering this race, finished ninth in the No. 5 Arrow McLaren SP Chevrolet.