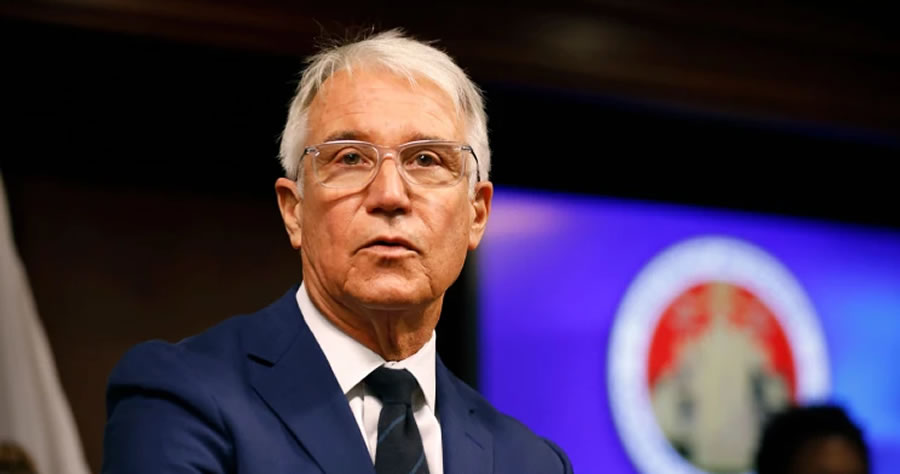 A vote of Los Angeles prosecutors found an astounding 97.8% supported the recall of their boss, District Attorney George Gascón.

The results of the vote were released Tuesday by the Los Angeles Association of Deputy District Attorneys.

“It’s been one year of Gascon’s social experiment,” said LAADDA vice president Eric Siddall to Fox News Digital. “I think after that one year, people have had time to evaluate whether this is working or not working. I think most people who actually live in Los Angeles [and] understand what’s going on in Los Angeles, including the political leadership here in LA, feel that this has been a miserable failure.”
Siddall said the vote was taken from members of the organization to more accurately gauge their support for the recall.

“We decided that because we thought we’d rather not have several members of the board of directors make this call and that it should be a decision that every line prosecutor makes collectively.”

The LAADDA said that an unprecedented 83.3% of their members participated in the vote. The organization has also filed two lawsuits against Gascón’s policies for violating California law.

Gascón dismissed the recall effort in a statement released in January.

“Los Angeles voters are far more interested in actually enhancing community safety for families, victims and all those living in L.A. County than they are in yet another politically motivated recall attempt, especially after L.A. County voted 70.8% against the recall of Governor Gavin Newsom just a few months ago.”