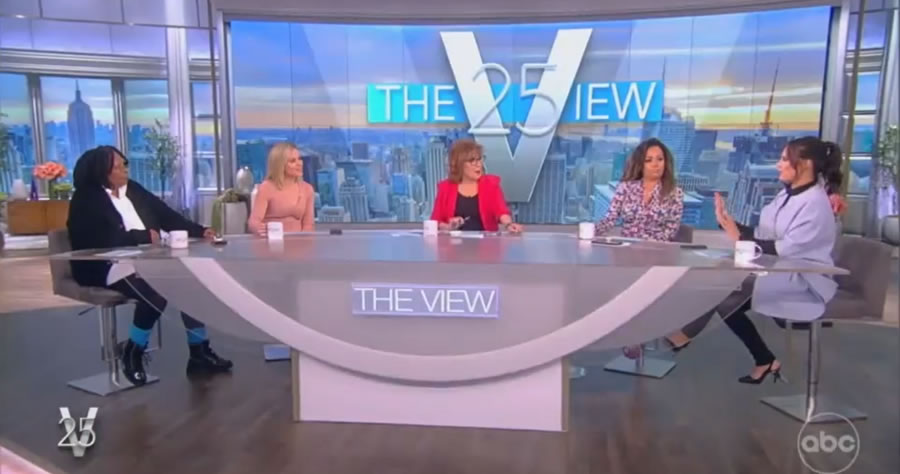 The hateful harpies on “The View” just can’t kick their addiction to former President Donald J. Trump and his family and on Wednesday’s edition of ABC’s daytime television flagship show, the co-hosts went low by trashing former First Lady Melania Trump, ridiculing her accent much to the delight of the show’s live audience.

The quartet was joined by Stephanie Grisham, the former press secretary for Mrs. Trump who, like many other members of the administration, has found the ticket to bolster her career prospects by switching teams, parroting Democrat talking points, and most importantly, dumping on the Trumps.
Grisham, who put on a clinic of sucking up – perhaps eying the conservative punching bag spot on the panel that has been vacant since Meghan McCain quit – went along with the sad and pathetic running down of the accomplished international role model who is fluent in five languages.

During the roundtable discussion that gave all of the leftists their turn to take cheap shots, co-host Sunny Hostin popped off.

“She was also a liar,” Hostin said, “I mean she lied about her educational background right? She’s a birther…” as fellow co-host Joy Behar brought up Melania’s ability to speak several languages.

Sunny Hostin mocks Melania Trump's ability to speak English.
"She claims to speak several languages … not 5 though, I'm sure … and one of those is English," she asked former press secretary Stephanie Grisham.
The audience cracked up. pic.twitter.com/Vr1Yvma1w0

Grisham said, ” and I’ve heard her speak a few of them…” as the others talked over her.

“I’ve heard her speak three of them,” Grisham said.

Hostin asked, “And one of those is English?”

Grisham replied, “But when we would say five, we were including English.”

After more back and forth, Whoopi Goldberg actually took the high road, “That’s two more than I do so you know, I gotta tip my hat at her,”

What an absolute cancer this show is. @ABCNetwork @TheView 😡😡

Some of the most ignorant and unimpressive women alive clucking about Melania Trump like she doesn’t put each of them to shame.

Y’all can barely speak one language, while she speaks five of them. https://t.co/Bf6twGOIPP