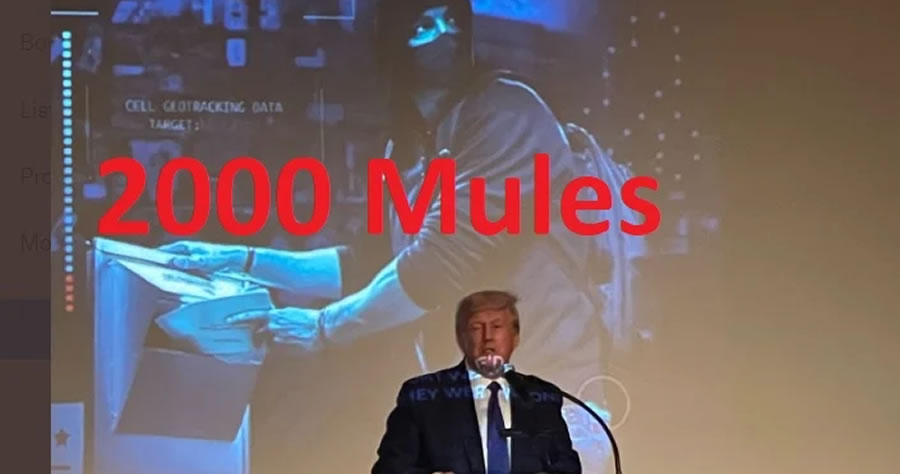 D’Souza follows the coordinated national ballot trafficking conspiracy discovered by True the Vote’s Catherine Engelbrecht and Gregg Phillips. The documentary exposes how political operatives were allegedly paid to drop off hundreds of thousands of illegal ballots at drop boxes in Arizona, Georgia, Michigan, Pennsylvania and Wisconsin in the 2020 election.

The movie has been completely ignored by the mainstream media including FOX News who are afraid Americans will view this and see how the Democrat Party ran a conspiracy to steal the 2020 election.

In the movie and in recent interviews Catherine Engelbrecht and Gregg Phillips revealed:

With my dad at the premiere of @DineshDSouza’s new film, 2000 Mules. Great to see so many friends and patriots who put AMERICA FIRST!@dbongino @RepMTG @ThisIsKyleR pic.twitter.com/QmsrZSURVd

Many in the audience were shocked at the overwhelming evidence of fraud.

MTG had an amazing night with some great patriots for the premier of 2000 Mules. A MUST SEE for everyone! pic.twitter.com/HaSkxPi3Gd