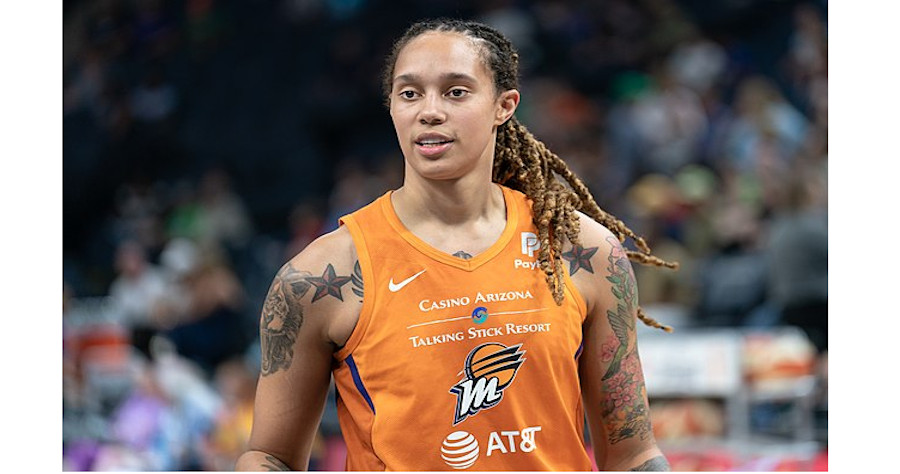 Brittney Griner had been one of the premier players in the WNBA. She is undeniably a blessed athlete, standing at 6’9” tall with remarkable coordination and agility for such a large athlete. She’s an Olympic gold medalist, a league champion, and has received scores of individual awards honoring her athletic achievements. And along with those physical blessings have come financial rewards as well, with Griner reportedly worth in excess of $3 million.

One might assume that someone like Brittney Griner would have been grateful for her gifts. For her natural size and abilities. For her good fortune in being able to stay healthy despite a rigorous athletic schedule. And considering that Griner is both gay and a racial minority, we certainly might expect Griner to have been thankful for being an American and living in a country that provides unequaled opportunity and tolerance.

But that wasn’t the case.

Brittney Griner “has been out front about social justice causes her entire career,” according to AZ Central.  She has been extremely vocal in denouncing imaginary ‘systemic racism’ in our country. And she has adamantly refused to even enter arenas for the playing of our National Anthem, stating:

“I’m going to protest regardless. I’m not going to be out there for the national anthem. If the league continues to want to play it, that’s fine. It will be all season long, I’ll not be out there. I feel like more are going to probably do the same thing. I can only speak for myself.”

We can only imagine whether Griner has changed her tune about America.

In February, Griner was arrested in Russia for the crime of carrying vape cartridges with cannabis oil in them, an action which in America, depending on which state you’re in, might not even be against the law, and it certainly wouldn’t put you in prison. But that’s exactly where Griner has been the past three months, in a Russian prison. And yesterday, Ms. Griner had her imprisonment extended by at least another month.

Appearing in a Russian courtroom wearing an orange sweatshirt, handcuffed, and with a hood pulled over her head, Griner’s “pre-trial extension was extended for one month.” Additionally, if convicted, Griner could be facing as much as ten years in prison.

The Biden Administration has denounced Griner’s detainment. Many on the left have come to her defense and demanded her release. But those demands have fallen on deaf ears because Griner isn’t in America, the country she loves to disrespect. She’s in Russia, which isn’t as understanding and open-minded to substances such as cannabis. Russia never got the memo that they should go soft on substance abuse and recreational marijuana. And Russia isn’t particularly concerned about criminals’ rights.

Then again, if Griner had been caught with those vape cartridges here in the United States, she likely would have received nothing more than a slap on the wrist, if anything. It will be interesting to see if Brittney Griner has a different opinion of America if and when she ever gets back here.