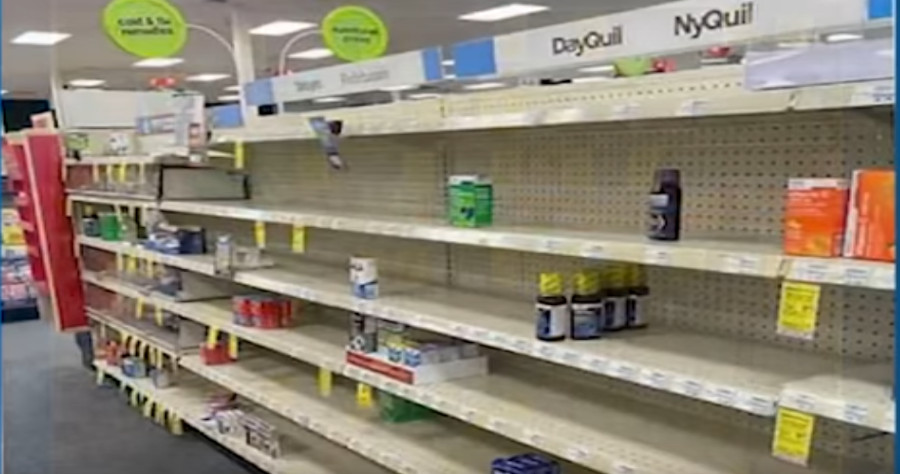 In their 2018 book, “China Rx: Exposing the Risks of America’s Dependence on China for Medicine,” Rosemary Gibson and Janardan Prasad Singh painted a profoundly ominous picture of a world that had changed over the preceding 25 years.

No longer did the United States, Europe and Japan supply 90% of “the key ingredients for the world’s medicines and vitamins.” Instead, “China is the largest global supplier of the active ingredients and chemical building blocks needed to make many prescription drugs, over-the-counter products, and vitamins,” they wrote.

In 2022, China is now the source for approximately 40% of the world’s Active Pharmaceutical Ingredients (APIs), which are critical to making drugs.

Few in the United States, even among physicians, are fully aware of just how drastic our dependence has become. Here are just a few examples.

·  About 97% of antibiotics used in the United States, including drugs as basic as penicillin and amoxicillin, now come from China.

·  Almost all of the contrast dye needed for many diagnostic procedures originates in a single facility in Shanghai, recently closed because of a COVID-related lockdown. Across the United States, physicians now warn that rationed and deferred diagnostic procedures will inevitably have unhealthy consequences.

·  Much of the personal protective equipment (PPE), so much in the forefront of the news during the worst of the pandemic in 2020, also originates in China. The PPE suddenly in short supply here was needed in the country where the pandemic first erupted.

But of equal seriousness to the risks associated with reductions in or cutoffs of these desperately needed supplies exported from China is the chronically vexing question of the quality and safety of those exports. A few examples:

·  Chinese-made KN95 masks were found to be substandard during the pandemic.

·  In 2019, three commonly used blood pressure medications manufactured in China were found to be tainted with carcinogens.

·  In 2008, news reports compelled the Food and Drug Administration (FDA) to acknowledge that 81 deaths from contaminated heparin — made in China and sold worldwide — had been produced in a facility the FDA had not inspected.

Given the dramatic shift by the United States to foreign-made medications and supplies, it is not surprising that the FDA has struggled to keep up with its legally-required inspections of manufacturing facilities overseas.

And when the pandemic hit, inspections stopped.

The implications for public health and national security are staggering.

Medications with ingredients from China and made in China are used in the United States for routine surgeries, common and less-common infections, psychiatric disorders, cancer, and  seizures. Those with chronic diseases who must take medication and the young who have years ahead are most at risk of developing cancers and other long-term complications through prolonged use of possibly tainted products that have not yet been detected.

Some representatives in Congress have taken notice. Studies and reports have been generated.

Tariffs imposed during the Trump years and sustained by the Biden administration were a step in the direction of stimulating domestic production of the class of products discussed above.

But to borrow a phrase, let’s cut to the chase.

·  America must reclaim the manufacture of its medical supplies and critical drugs made from safe APIs.

·  Those who shape our trade policy and create the ground rules that have driven the decisions of American corporations to send manufacturing abroad must act now to reverse course.

·  The FDA must strengthen its staffing for auditing foreign manufacturers that are significant vendors in our supply chain.

·  Any foreign country’s refusal to allow free and timely access to production facilities must be fined and either suspended or terminated as a vendor.

A survey of the past 30 years shows that our wildly excessive reliance on a geopolitical frenemy devoted to surpassing the United States as an economic and military leader has put us in an utterly untenable position.

The proverbial Sword of Damocles dangles above us.

If you doubt the gravity of our situation, imagine mainland China finally moving to reclaim Taiwan. Imagine the leverage Beijing can apply to stifle any American response other than acquiescence.

To the greatest degree and by any policy and regulatory means, including taxation rates, we must bring home the production of the ingredients that go into a revitalized domestic manufacture of the tools we use to care for our sick.