And It Begins: Cities Will Allow Noncitizens to Vote In Upcoming Elections, Issue Ballots in Foreign Languages 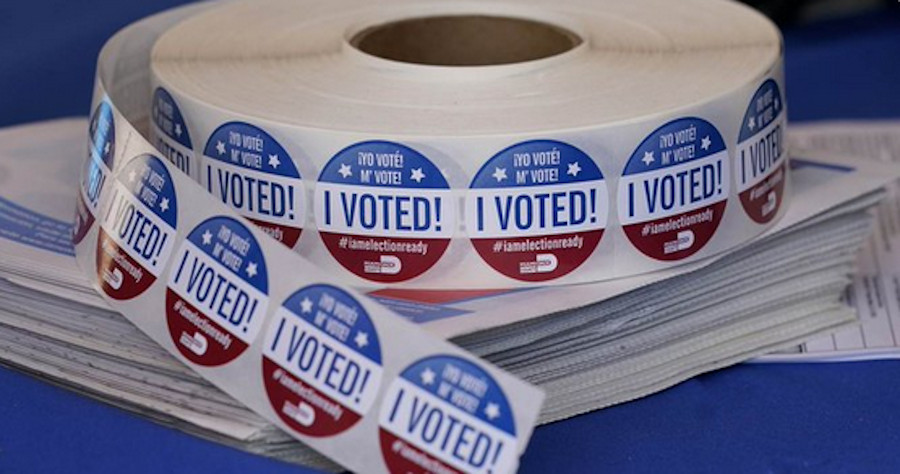 Two towns in Vermont are moving forward with plans to permit foreign nationals to vote in their upcoming local elections, including issuing ballots in foreign languages.

Noncitizen residents of Winooski and Montpelier will be able to cast ballots on local issues for the very first time. The move comes after lawmakers overrode a veto by Gov. Phil Scott last year. Lawmakers had to approve charter changes for the two communities to permit the new voters.

“Democrats are trying to dismantle the integrity of our elections. In addition to attacking widely supported safeguards like voter ID, Democrats also want foreign citizens to vote in American elections.

“Republicans are fighting back on this far-left assault against election integrity – unlike radical Democrats, we believe that our elections should be decided solely by American citizens. This is a matter of principle, and we will fight in all 50 states to ensure this remains the case​.”

Montpelier City Clerk John Odum chuckled when he was asked how many noncitizens had registered to vote ahead of the Vermont city’s municipal elections in March — the first time they will have the chance to cast ballots. Read more… #ENMNEWSPOLITICShttps://t.co/1oLdsoZ13V pic.twitter.com/sTThB448ep

In a letter to legislators following the veto override in June, Gov. Scott wrote:

​”Allowing a highly variable town-by-town approach to municipal voting creates inconsistency in election policy, as well as separate and unequal classes of residents potentially eligible to vote on local issues.”

Despite the pending suit, Montpelier, the state’s capital, and Winooski, located just outside of Burlington, are set to hold local elections allowing noncitizens to vote. Winooski goes beyond permitting noncitizens to vote; they are providing ballots in foreign languages and conducting community outreach to register as many noncitizens as they can.

In Montpelier, no outreach program is being utilized but the community approves of the measure, according to City Clerk John Odum:

“I’m proud of my community for stepping up and so overwhelmingly approving it and welcoming all our neighbors into the process of deciding how our community should be run.”

According to Breitbart News, one foreign national registered to vote in Montpelier as of Tuesday, and as many as eight have registered in Winooski.

“The Montpelier bill allows what is defined as a legal resident of the United States to be able to vote in city elections. … If someone is here on a permanent basis, why would he or she not want to participate in the process to become a citizen?”​