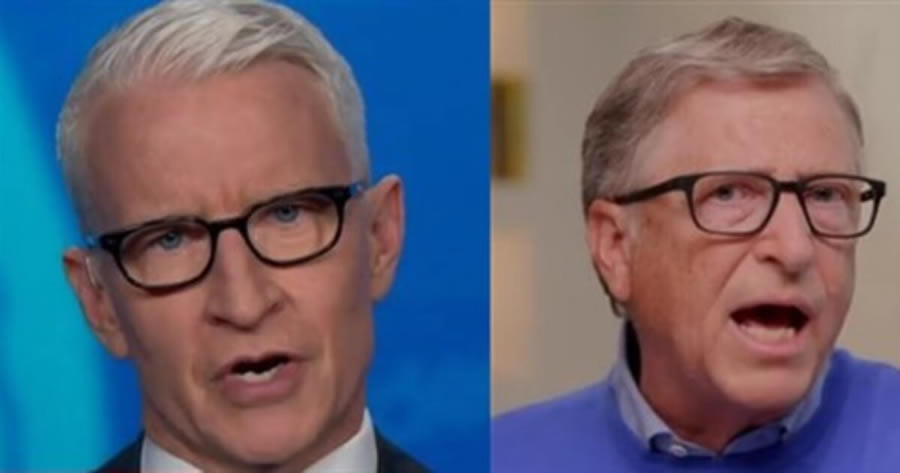 Social media exploded after a clip of CNN anchor Anderson Cooper appearing to suggest that the vaccine-hesitant could be denied Social Security was posted on Christmas Eve and drew a fierce response from Twitter users worried about the lengths to which the government might go to enforce compliance.

But don’t be mad. He didn’t really mean what he said as an endorsement. Outlets like AP have jumped to lib-splain his question as “only a question.” Thanks for clearing that up, guys!

The clip was from an August 4 interview with Microsoft co-founder Bill Gates, a man who has championed vaccines and has been a regular presence on television since the outbreak of the COVID pandemic and who, like Dr. Anthony Fauci, relishes serving up doomsday predictions about the virus.

During the interview on “Anderson Cooper 360,” the host and Gates discussed a variety of topics including the billionaire’s relationship with deceased pedophile Jeffrey Epstein, who was found dead in his cell in a high-security prison where he was awaiting trial, and the conversation turned to the problem of coercing the unvaxxed into obedience.

While Cooper did not explicitly call for such a severe measure, many believed that he at least floated the idea which clearly delighted the snickering Gates.