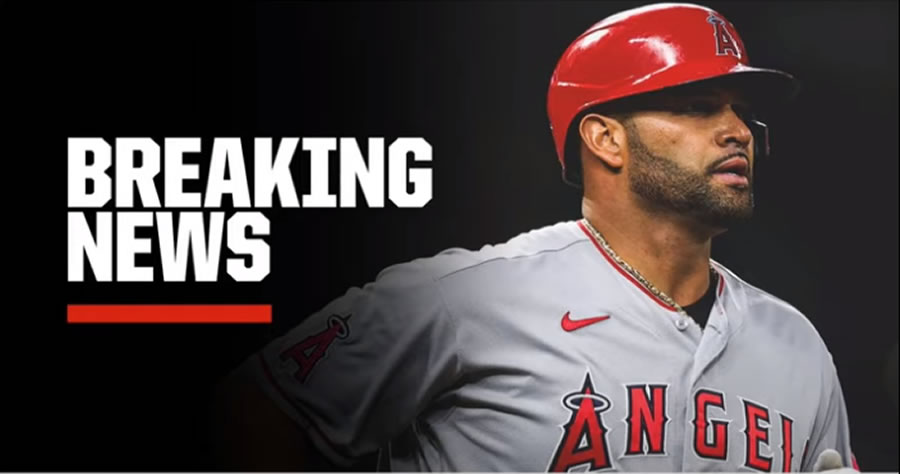 Future Hall of Famer Albert Pujols is being released by the Los Angeles Angels, the team announced on Thursday. The news was first reported by MLB.com’s Mark Feinsand.

Pujols is officially being designated for assignment, which means he’s being immediately removed from the team’s 40-man roster as a prelude to his eventual release. No reason has been given by the Angels or Pujols himself, but it may stem from an incident that reportedly happened on Wednesday.

The #Angels announced today that the Club has designated Albert Pujols for assignment. pic.twitter.com/SCRz78kXcf

According to source, #Angels slugger Albert Pujols was upset that he wasn’t in lineup to face #Rays bulk LHP Ryan Yarbrough last night, and that the decision to bench him came from front office, not MGR Joe Maddon. Pujols was 6 for 9 with 2 HR, 2 2Bs, 7 RBIs vs. Yarbough.