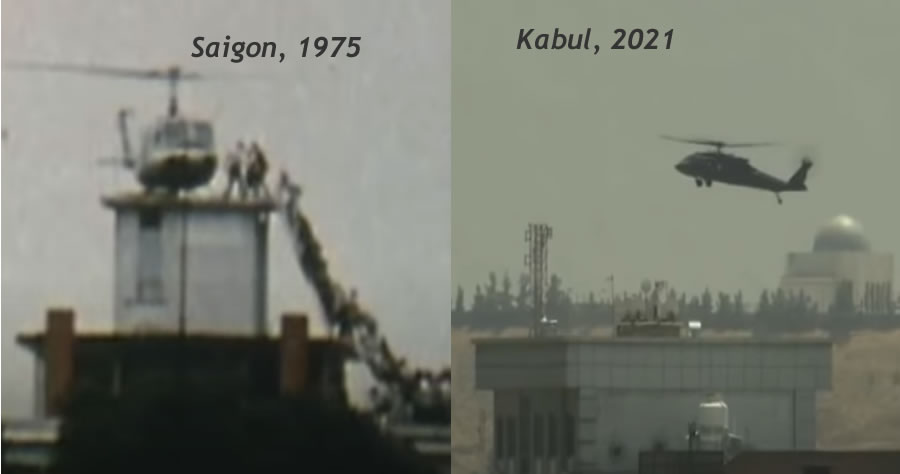 As a Taliban offensive encircles the Afghan capital, there’s increasingly only one way out for those fleeing the war, and only one way in for U.S. troops sent to protect American diplomats still on the ground: Kabul’s international airport.

A steady stream of people makes its way first to ticket sale counters set up on the parking lot outside the terminal. They push their luggage, load carts with carpets, television sets and mementos, stuff clothes inside purses to make their weight limit as they slowly inch forward.

The lucky ones, those who managed to get a ticket for a flight out to anywhere, then wait more than three hours to make it inside the terminal, bidding tearful goodbyes to loved ones they are leaving behind.

As the Taliban draw closer, the lines and the panic only grow.

History is the teacher nobody listens to.

Biden was elected to the Senate in 1972.