Another Chicken Little Summer: Leftists Have A New Excuse For Mostly Peaceful Riots 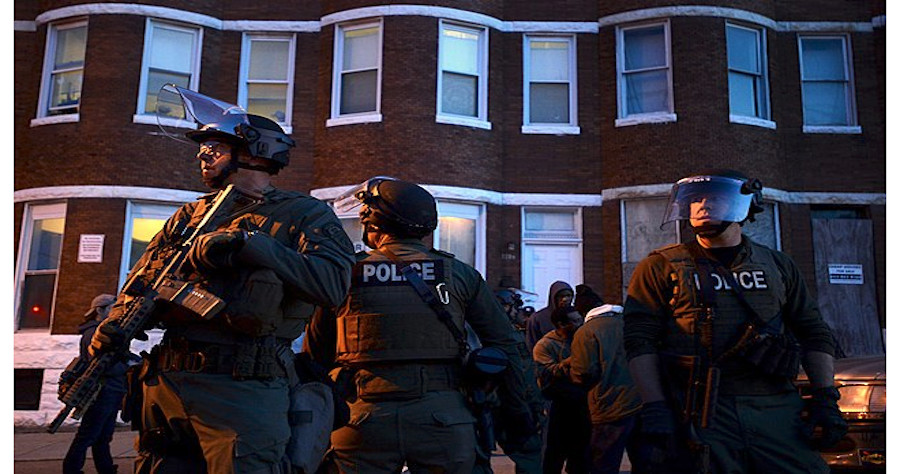 Once again the loud-mouth, blow-hard radical left is up in arms about the potential overturning of Roe v. Wade triggered by the egregious leak of the first draft of a SCOTUS majority opinion written by Justice Alito after the court upheld a law passed in Mississippi banning abortions in the state after 15 weeks gestation. While the opinion has the appearance of overturning Roe v. Wade, it’s more a measure to define what about Roe v. Wade did not meet Supreme Court criteria for considering a case on constitutional grounds and thus invalidates it.

In fact, the case was sloppily prosecuted and the Constitution made to “say” things it did not say. Beyond this, it allowed the court to take upon itself a legislative function (i.e., the making of laws) that, under the Constitution, it does not possess. The adored Ruth Bader Ginsburg was herself a critic of the decision and its legitimacy as a law. To paraphrase one of Tony Fauci’s favorite expressions—it’s about the law!

Besides the legal shenanigans and the dog-and-pony show put on by Sarah Weddington and Linda Coffee, the lawyers who made Roe v. Wade their great claim to fame—to make abortion the law of the land—a little known fact is that Jane Doe was a hapless, poorly educated woman by the name of Norma McCorvey who was illegitimately pregnant. She was also the perfect foil for Weddington and Coffee who were looking for a woman with insufficient education and blunted intellect who could be easily manipulated and thereby used, all the way up to The Supreme Court, to make abortion legal.

After McCorvey, who went on to bear her child and never benefited from the Roe v. Wade decision, learned how she’d been exploited by Weddington and Coffee, she became an outspoken, even eloquent, opponent of abortion.

So why divulge this draft opinion to the public? A commentator on Fox News has suggested “By leaking this whole opinion. . . It [seems to be] a blatant attempt to do three things. . .  One, to delegitimize the court; two, to try to get Congress to do something before the opinion; three, to intimidate the justices.” Delegitimizing the court and intimidating the justices are the foulest and most reprehensible of reasons because they end up holding the court hostage to public opinion. They also politicize the court, which neither Democrat nor Republican should desire. SCOTUS is, as the framers of the Constitution intended it to be, the last bastion of unbiased and fair justice in our land.

These past few years bear witness to what happens when basic American rights (freedom of speech, freedom of assembly, a fair and timely trial, and the sanctity of the electoral process) come under attack and are sucked dry of their once-glorious vigor. In this regard, I believe that the commentator on Fox left out a fourth, even more vile, more unconscionable, reason for leaking the document, which is to shred the sanctity of the Constitution and to usurp the role of the court as the last bastion of a free and democratic state. In other words: let anarchy and tyranny be the “law” of the land.

There’s other fallout from this closer to home. It now looks as though, because of this little, otherwise insignificant, minion who filched the draft decision, we’re in for yet another summer of inner-city demonstrations, rioting, the destruction of property, and the ruining of more impoverished neighborhoods because that’s what spoiled-brat leftists do when they think, or are being told, they’re being unfairly deprived of something.

Once more, the addled left is going off half-cocked without so much as reading, to say nothing of trying to understand, the argument being made by Justice Alito, which by any standard is most eloquently and elegantly framed. Once again, these coddled semi-hysterical Chicken Littles are having screaming meemies over every tiny imagined threat to their cherished, coddled world. Ironically, one of the loudest whines comes from Whoopi Goldberg who seems, like so many other prominent female leftists, to have had a very public nervous breakdown about it.

The irony is that it’s poor black women, whom Ms. “Goldberg” (real name: Johnson) should by rights be championing and supporting, who disproportionately abort their children. As Candace Owens points out, 19 million little black babies have been killed in abortions since Roe v. Wade. If black lives really mattered to these people, they might consider that the abortion regime in our country has the appearance of a concerted program for the eradication of black babies. So when Ms. Goldberg gets all weepy and woeful over the upending of Roe v. Wade, she should be mindful that she’s essentially supporting a mechanism that is racist to its core.

In any case, even should the Supreme Court finally reverse Roe, many leftist-controlled states and possibly the U.S. Congress will, unfortunately for the babies, enact pro-abortion legislation that will make the overturning of Roe a small hiccup.  Despite this, the left will probably not let this opportunity for anarchy and rioting pass because giving full vent to their hysteria and their need for violence is the new American way.  And given the absence of proper adult supervision in most left-leaning metropolitan areas, we must now brace for another long bout of “mostly peaceful demonstrations,” “autonomous zones,” and other proof of just how immature and stupid a good half of our population is.