Antifa Appears To Have A History Of Using Skateboards As Weapons 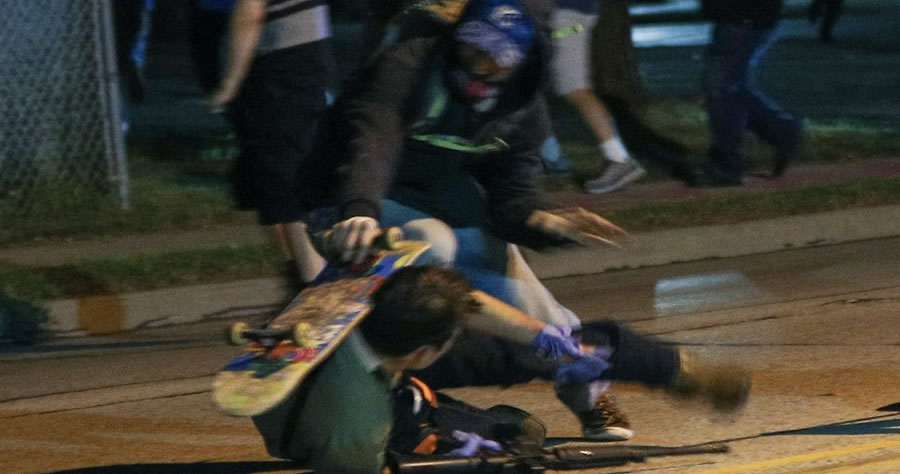 Far-left groups such as antifa appear to use skateboards as tools of destruction, videos captured at protests and riots show.

Anthony Huber, one of the men fatally shot by Kyle Rittenhouse during the 2020 riots in Kenosha, Wisconsin, had gained attention for the use of his skateboard to attack Rittenhouse.

Skateboards have also been used to violently smash through windows or to assault police officers.

Anthony Huber, 26, was shot & killed in Kenosha, Wisc. at the BLM riot. He was filmed chasing down the armed teen and hitting him when he was on the ground with a skateboard. He has a criminal history that includes charges of battery & repeat domestic abuse. #KenoshaRiots pic.twitter.com/1rvx7ltKKS