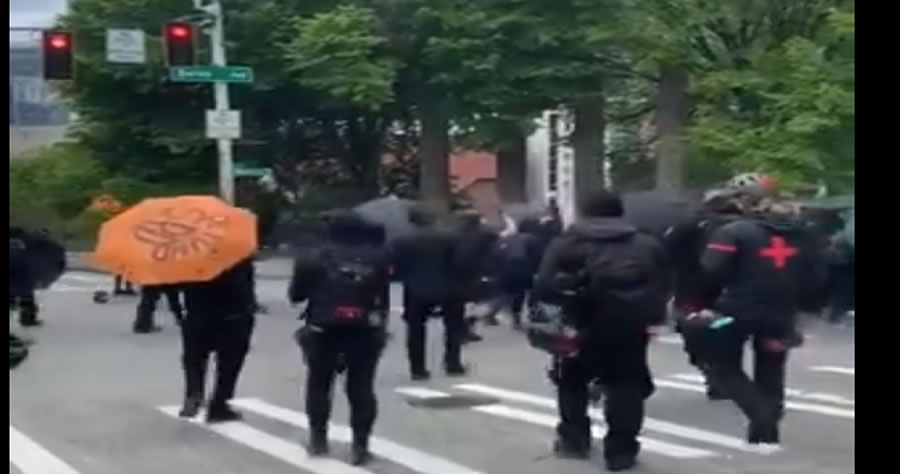 On Saturday, May 1st, the Seattle Police Department (SPD), declared an “Antifa May Day” protest to be a riot after marchers reportedly assaulted cops and a small child. As the day went on, the rioters continued to march in the streets and commit crimes.

According to reports, Antifa began a May Day demonstration in Cal Anderson Park in Seattle on the evening of May 1st. The protest became violent as Antifa began throwing flares, bottles, eggs, paint, and a bag filled with an unidentified liquid.

Independent journalist Katie Daviscourt tweeted a video showing police following the marchers and saying that someone in the crowd had assaulted a small child just moments earlier.

Daviscourt tweeted that police were unable to identify the person who actually committed the assault and at the time, did not make an arrest for that crime. As the crowd became more violent and refused an order to disperse, Seattle police began making arrests.

According to SPD, 14 people were arrested as of 7 p.m. on the evening of May 1st. Additional arrests were made during the continuing unrest overnight.

Officers have issued a public safety order to this group, which has continued to place hazards in the roadway. Police are making an arrest at 7/Olive. #MayDaySea https://t.co/i22eIY8kB1 pic.twitter.com/G4HwDrJ4h2