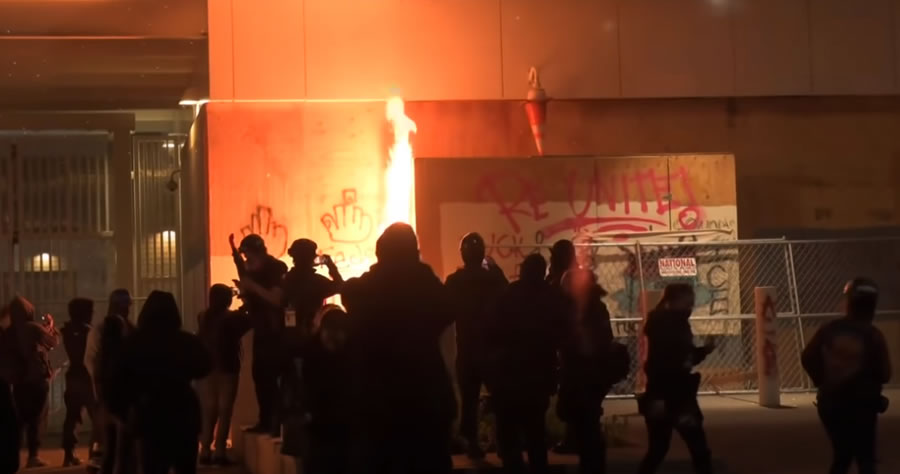 Violence continued in Portland this weekend as protesters attacked the Immigration and Customs Enforcement facility, setting fire to the outside of the building while officers were trapped inside.

Video from the scene shows federal agents react by firing non-lethal munitions into the crowd of rioters dressed in trademark Antifa black clothing.

Just before midnight, Antifa protesters gathered at the ICE building for a planned protest, according to independent journalist Grace Morgan. Morgan documented the events of the night on her Twitter account:

“I’m at the ICE facility in Portland OR, for a big, planned protest. So far close to 100 black bloc have gathered and more are arriving every minute.”

Last night, #antifa in Portland barricaded the front of the @ICEgov building. They then set it on fire while federal officers were inside. Antifa also obscured the security cameras before launching the arson attack. #PortlandRiots pic.twitter.com/DCggRqUFmP