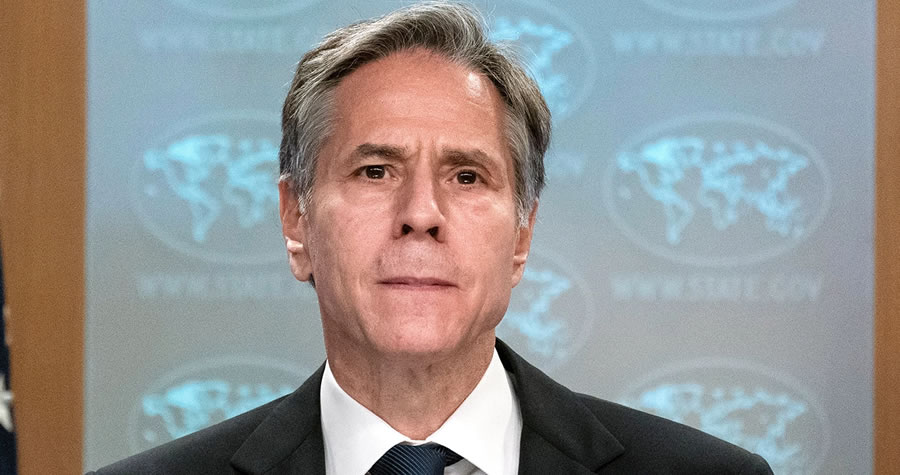 Secretary of State Antony Blinken said on Friday that it served “no strategic interests” for the United States to end importation of Russian oil, though continuing to do so provides President Vladimir Putin billions of dollars he can use to continue his invasion of Ukraine.

But so far, President Joe Biden has resisted, though on Friday, White House press secretary Jen Psaki said that energy sanctions remain an option and are “on the table.”

The secretary of state argued that in the short term, cutting off those imports might actually harm Americans more than Russia.

“The sanctions are designed … to have maximum impact on Russia and Putin while minimizing harm to us and our partners,” Blinken told reporters. “There’s no strategic interest in reducing the global supply of energy.”

“The immediate effect would be to raise prices at the pump for Americans and to pad Russian profits with rising profits,” he argued before going on to claim that the United States is working behind the scenes to undermine Russia’s energy production capacity.

Such targeted sanctions include cutting Russia’s access to vital technologies that would allow it to continue developing its energy capabilities as well as cutting off the Nord Stream 2 pipeline to stagnate and limit Russia’s growth as an exporter.

But these sanctions will take time to have full impact despite the Biden administration touting the still-tumbling ruble (RUR) as evidence of near-term impact.

Some lawmakers have pushed for more immediate action, such as Sen. Roger Marshall, R-Kan., who introduced legislation Tuesday that would see the White House ban all Russian oil imports into the U.S.

The bill – which would specifically block the importation of petroleum and petroleum products from Russia – has been backed by Energy Committee GOP Leader Sen. John Barrasso along with at least seven other Republicans in the upper chamber.