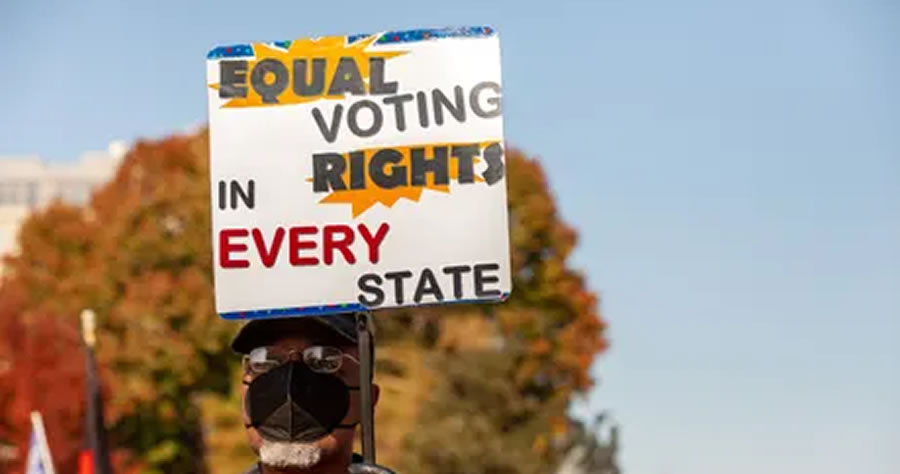 A group of Arizona college students has threatened to launch a hunger strike on January 17 if lawmakers do not pass a federal voting rights bill.

The students are associated with Un-PAC, a growing movement of students and young people “organizing to fix democracy so we can solve problems.” The group claims to be non-partisan although its co-founders include organizers who worked on campaigns to elect Bernie Sanders for president.

“We’re prepared to hold out indefinitely now that the holidays are over,” Leila Winbury, a junior at Arizona State University, said, according to Fox News.

The vote on the #FreedomToVoteAct is in ONE WEEK. If we want to ban partisan gerrymandering and protect our democracy before the 2022 elections, we must pass this bill NOW. We will lose our democracy if we lose this bill. pic.twitter.com/OSZOS6P21g