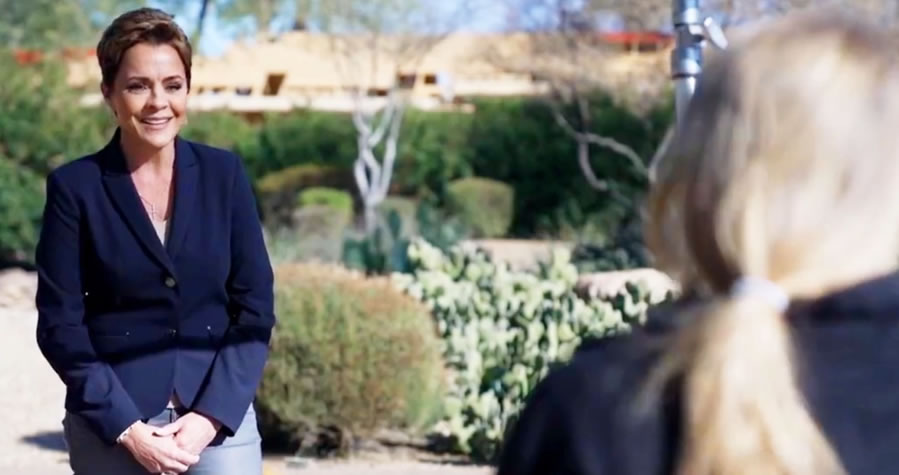 Arizona gubernatorial candidate Kari Lake was recently interviewed by an ABC rookie journalist. ABC sent out a child to take down a giant. This wasn’t even fair. The far left reporter tried to set Kari up instead she got a bruising tongue lashing by one of the rising stars in the Republican Party.

Reporter: Do you think Joe Biden is the president?

Reporter: Do you think the election was stolen?

Kari Lake: Do you think it was stolen?

Kari Lake: Do you think Joe Biden garnered 81 million votes? Do you think the elections were fair? The problem is that the American people don’t have all the answers because the media is part of the problem. Media’s not reporting it. Media’s never reported our forensic audit fairly. They’re not reporting what’s happening in Georgia. They’re not reporting on these ballot traffickers that are being paid to drop off ballots. Media is doing a huge disservice to this country and the people aren’t getting the full story…

…Media, whose numbers are dropping, dropping like a rock, are going to continue to drop. And pretty soon nobody will be watching. Because the media has turned their back on the people of America and not been honest. ABC News, CNN, MSNBC, spent more than three years lying to the American people saying that Russia colluded with Donald J. Trump to steal an election in 2016. And they knew that was false. They knew they were peddling lies and they did nothing to stop it. It was a complete hoax and it was a lie. And now they’re doing the opposite. We have evidence of corruption in our election and they refuse to cover it. They refuse to be honest with people of this country. It is disgusting what thee media has done. And I think their days are numbered surviving all of this. When you’re lying to the people and you’re the media, it’s a bad business model.