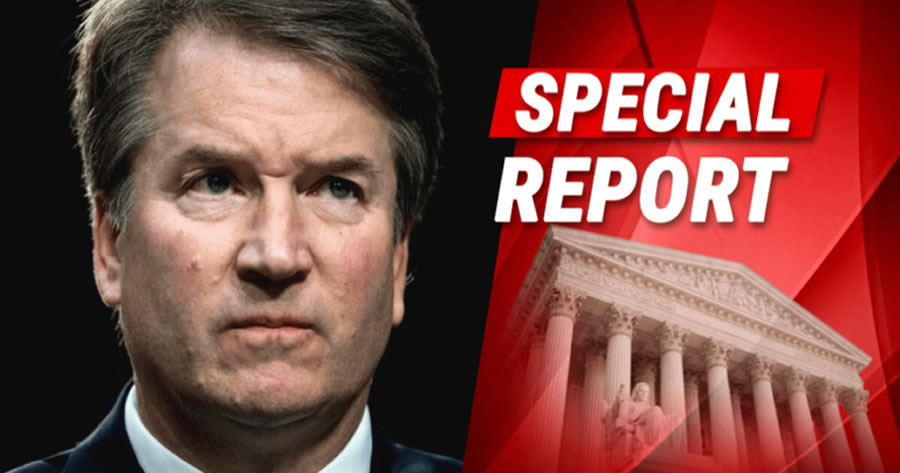 The man, Nicholas John Roske, told police he was there to kill Kavanaugh, according to authorities.

Kavanaugh’s home, like those of other conservative Supreme Court justices, was the site of protests last month after the leak of a majority draft opinion that would overturn the constitutional right to abortion.

That draft was written by Justice Samuel Alito, another conservative.

The man, Nicholas John Roske, told police he was there to kill Kavanaugh, according to authorities.

Roske, 26, arrived in a taxi near Kavanaugh’s home in Chevy Chase, a suburb just outside of Washington, D.C.

Authorities said that Roske has apprehended a block away from the residence by members of the U.S. Marshals Service and the Montgomery County Police Department after he made a 911 call in which he said had homicidal thoughts, and he traveled to attack Kavanaugh, officials said.

The Simi Valley resident told the 911 operator that he had an unloaded gun, in a locked case, in his suitcase, officials said.

Roske was taken to a Montgomery County police station after being confronted by police.

Federal criminal charges are expected to be lodged against Roske, who is scheduled to appear in U.S. District Court in Greenbelt, Maryland, on Wednesday afternoon.

Attorney General Merrick Garland told reporters on Wednesday, “This kind of behavior is obviously behavior that we will not tolerate.”

“Threats of violence and actual violence against the justices of course strike at the heart of our democracy, and we will do everything we can to prevent them and the whole people who do them accountable for that reason,” Garland said.

The Supreme Court issued a statement on the arrest, noting that “the man was armed and made threats against Justice Kavanaugh.”

Maryland Gov. Larry Hogan in a statement said that both the U.S. Marshals Service and Montgomery County Police acted “quickly to apprehend the suspect and prevent him from causing any harm.”

Kavanaugh’s home, like those of other conservative Supreme Court justices, was the site of protests last month after the leak of a majority draft opinion that would overturn the constitutional right to abortion. That draft was written by Justice Samuel Alito, another conservative.

The Supreme Court is expected in the next several weeks to issue a final decision on a Mississippi abortion law that was the subject of the draft opinion. Wednesday incident occurred hours before the court released a ruling on a case unrelated to abortion.

On Tuesday, the U.S. Department of Homeland Security issued a bulletin warning of the continued heightened threat environment across the United States,” which said that in coming months DHS “expects the threat environment to become more dynamic as several high-profile events could be exploited to justify acts of violence against a range of possible targets.”

Security has been tightened at all nine of the justices’ homes since last month, after the unprecedented leak of the draft.

The Department of Justice in mid-May that the Marshals Service is providing “around-the-clock security” at the homes of all nine justices.

A spokesman for the Marshal Service told CNBC on Wednesday that security measures are still in place at the justices’ homes.

Hogan, the Maryland governor, said in a statement that he and Virginia Gov. Glenn Youngkin “will continue to partner with both federal and local law enforcement officials to help ensure these residential areas” where Supreme Court justices live “are secure.

“I call on leaders in both parties in Washington to strongly condemn these actions in no uncertain terms. It is vital to our constitutional system that the justices be able to carry out their duties without fear of violence against them and their families,” Hogan said.