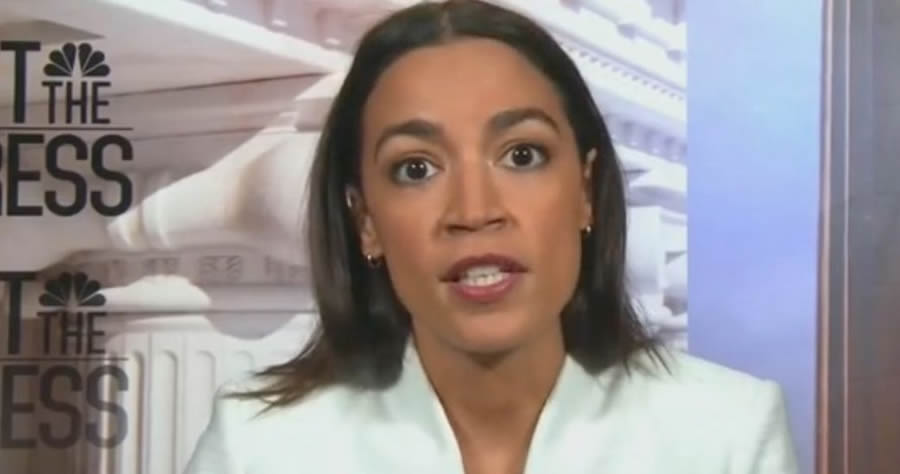 She went away but quickly returned with a vengeance as Rep. Alexandria Ocasio-Cortez ended her brief hiatus from Twitter with a Tuesday missive attacking Senator Joe Manchin for thwarting legislation that would aid Democrats in radically transforming America for the worse.

The New York City congresswoman had just announced that she was taking a break from her preferred social media platform on Monday when during an Instagram Q & A she was queried about her recent inactivity by a user who asked, “When will you come back to twitter?? You’re missed.”

AOC who had caught COVID after she was caught partying maskless in Miami cited the illness as a reason for her diminished presence as well as the “negativity” on the platform as the reason for her recent low profile, “Yeah, when I got COVID, I turned off all my devices, which means I wasn’t really on social media that much or anything like that,” she responded.

She added, “People kind of fight and gossip and all this other stuff so much, but – and there’s a lot of negativity on there,” she said. “But I’ll be back, don’t worry. Just feel like a break.”

But alas, it was too good to be true.

Seniors, kids, & people with disabilities in my community have been sleeping with bubble jackets on in 18 degree nights, despite paying rent, bc the NYCHA funding to fix their heating and capital needs is in BBB.

Where should I direct them to wait out the cold? Manchin’s yacht? https://t.co/vXwbVX30ca

The “negativity” didn’t stop there, though. AOC then on Wednesday tweeted that Senate Majority Leader Chuck Schumer should make life “as difficult as possible” for “obstructionists,” with Sinema included as a target.

Actually he should continue to make their lives as difficult as possible and treat them the way they treat, say, public housing residents. Or parents who rely on CTC. When they improve, maybe process can improve too.

Why should we make the lives of obstructionists easier? https://t.co/KBbX8DbYdo