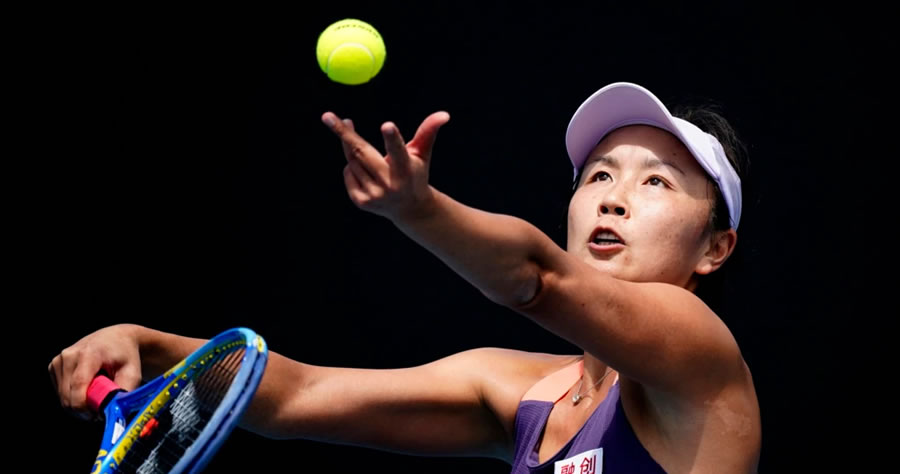 Security staff had on Friday asked spectators trying to enter the grounds to remove T-shirts saying “Where is Peng Shuai?”.

Ms Peng disappeared for weeks after accusing a top Chinese official of sexual misconduct in November.

She has since re-appeared, but many remain concerned about her wellbeing.

Tennis Australia, the organising body behind the Australian Open, said Peng Shuai’s safety remained their “primary concern”, but defended their decision to confiscate the T-shirt and banner in a statement.

“Under our ticket conditions of entry, we don’t allow clothing, banners or signs that are commercial or political,” it said.