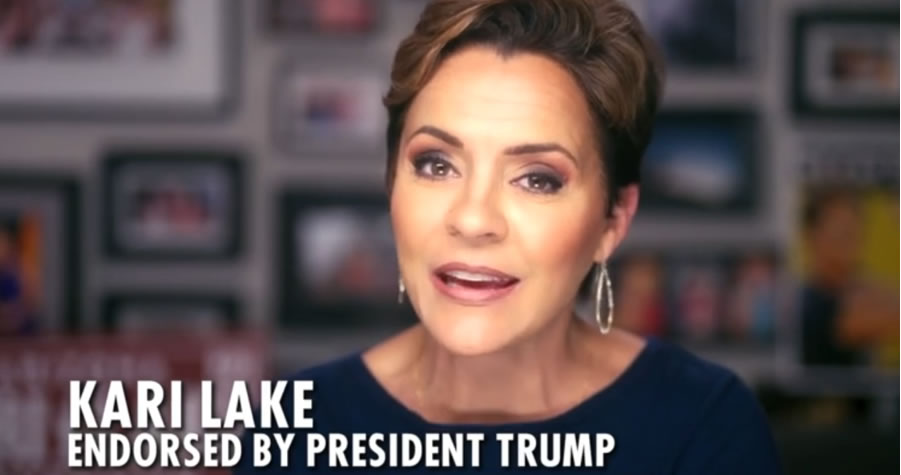 Lake has a history of exposing fake news BS and she is doing it now with a commercial that they must play.

The video, titled “Rigged Elections Have Consequences” calls out the fake news media for their silence on the 2020 election and lists the terrible consequences we face, including our weak southern border.

Kari Lake proves her point by including footage of several ballot harvesters from the upcoming movie “2000 Mules”. And she is right to do so.

The fake news outlets will be required under FCC guidelines to air the commercial that absolutely exposes their companies and sheds light on the stolen 2020 election.

As a walkaway FOX 10 news anchor, Kari Lake knows the tactics of the lying fake news media, and she is always one step ahead.

I’m Kari Lake, the Trump-endorsed candidate for governor. If you’re watching this Ad right now, it means you’re in the middle of watching a fake news program. You know how to know it’s fake? Because they won’t even cover the biggest story out there, the rigged election of 2020. And rigged elections have consequences. We’re all feeling it. Soaring prices, a spike in homelessness, and an invasion on our border. I’m the only candidate with a plan to tackle all of those issues and more. When I’m Governor I will finish the wall and criminals who cross our border will be sent back. We’ll get the homeless out of our parks and off our streets, and no more masks, swabs, or shots to go to work or go to school. Our kids will get a real education, not a brainwashing. To see where I stand on all the issues go to KariLake.com. Now let’s send the corrupt news the lesson and turn them off.