Bad news for the left: There are a massive amount of women becoming brand new gun owners as Democrats defund the police 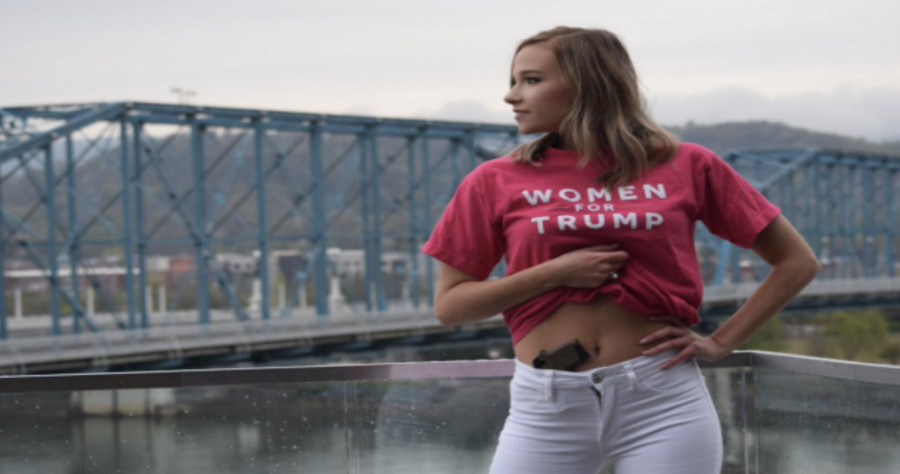 March was Women’s History Month and there’s no better opportunity to celebrate the contributions American women make to the firearm and ammunition industry – past, present and future.

From the early days of Annie Oakley shooting the ashes off cigarettes in the mouths of wild west show volunteers and Calamity Jane gunslinging and scouting on the early frontier through the decades to today’s world-renowned women competitive shooters for Team USA, women have held an integral and rightful place in the industry supporting Americans’ Second Amendment rights.

What’s more is that women are leading the charge in growing and diversifying the gun-owning community in America by the millions.

The firearm folk heroines must include Annie Oakley. Born in 1880, Annie shot her first squirrel outside her family’s cabin in rural Ohio at 8 years old. Her skill and creativity shooting firearms from that day forward propelled Annie to worldwide fame as well as American folklore.

Martha “Calamity” Jane Canary was a famous gunslinger, sharpshooter and promoter during the late 1800s and appeared alongside William “Buffalo Bill” Cody during his traveling Wild West Shows.

Even before those women achieved renown, women were instrumental in the firearm industry and gunsmithing that helped propel a young America to victory and independence more than a century before. Among the earliest gun manufacturers, women often helped their husbands operate successful gunsmithing businesses, producing firearms for militia units and private sales dating back to the 1650s and 1700s.

The Nicholsons were a well-known gunsmithing family in Philadelphia in the early 1800. When John Nicholson passed away, his widow Rebecca took over and grew the family gun manufacturing business. It was somewhat uncommon, but women were noted trailblazers in the firearm industry centuries ago.

A flourishing firearm industry requires leadership within as well as among those charged with protecting and upholding the Second Amendment, providing for the exercise of the right to keep and bear arms.

Joyce Rubino is the Vice President of Marketing at Colt’s Manufacturing Company and previously served on NSSF’s Board of Governors. Kelly Residorf is the Chief Communications Officer and General Manager, Venor, responsible for all facets of external communications at Vista Outdoor.

Kirstie Pike is the Founder and CEO of Prios Hunting Apparel for Women. They are just among the women leading the firearm industry and hunting market into the 21st Century.

Plus, those numbers are very likely to grow after the Congressional midterm elections with numerous strong Second Amendment-supporting women running for office.

Some of the greatest ambassadors for a thriving firearm industry include award-winning competitive shooters and Second Amendment advocates are women too. Team USA Shooting captured six medals during the recent 2020 Olympics in Tokyo, including medal winners Amber English (gold), Mary Tucker (silver) and Maddy Bernau (bronze).

Olympian Kim Rohde is a six-time medalist, and the first Olympian in any sport to medal in six straight Olympic Games. Lanny and Tracy Barnes are Olympic biathletes. Tracy once gave up her spot on the Olympics so Lanny could compete.

Lanny, a three-time Olympian, is also a 3-gun competitor. Gabby Franco shot for Venezuela in the Olympics before immigrating to the United States where she continues to shoot competitively.

Julie Golob is a U.S. Army veteran and competitive shooter, hunter and advocate for NSSF’s Project ChildSafe®. Her YouTube channel boasts more than 40,000 subscribers and is full of videos promoting women in the shooting sports. Kay and Lena Miculek are fierce marksmanship competitors. They’re regularly seen on the range with the likes of Di Muller, Becky Yackley, Maggie Reese Voigt and Jessie Harrison.

The bedrock foundation of firearm ownership among women is concrete and the future is bright for it to continue to be so. Perhaps the most important reason for this is the sheer number of women joining the ranks of gun owners.

For comparison, in 2003, only 13 percent of women identified as gun owners. Fast forward to 2020 and that number totals nearly 25 percent.

What’s more is the figure is definitely even higher today, as women have accounted for 40 percent of firearm sales over the past two years as law-abiding Americans have purchased guns in record numbers – totaling nearly 40 million.

According to a recent Pew Research Center survey, 25 percent of those female gun owners say self-protection is their main reason for owning a gun, and 70 percent say owning a gun is essential for their personal freedom.

Demonstrating the growing diversity among gun owners has been the membership growth at the National African American Gun Association (NAAGA).

Ladies’ Night training and practice courses at local shooting ranges are jampacked. Hunting excursions are looking different as more women head afield and into the woods. And the face of the American gun owner is quickly changing and in large part it’s due to women taking up their Second Amendment rights.

The future of the firearm industry is bright.