Bannon Dares AG Garland To Indict Trump: ‘We’re gonna impeach you and everybody around you!’ [VIDEO] 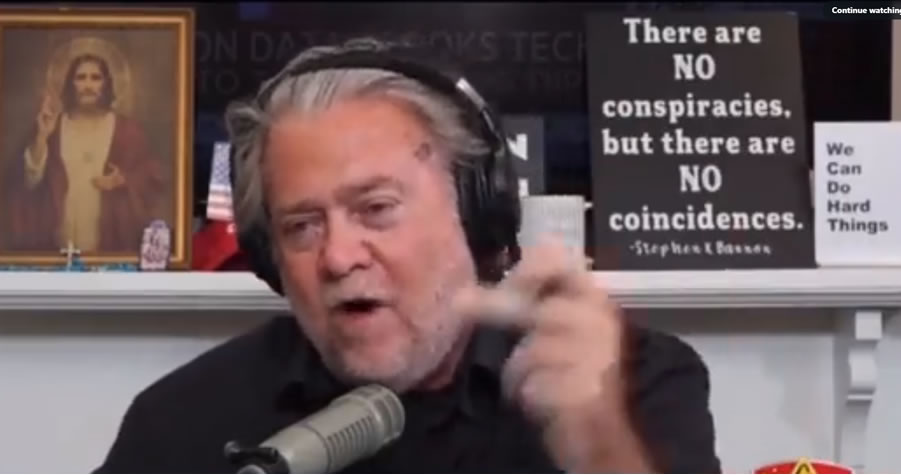 The video was taken from Bannon’s show The War Room on the online Real American’s Voice channel.
Bannon’s speculation revolve around the highly publicized Jan. 6 committee setting up a pretence to indict Trump.
On Thursday night, committee chair Bennie Thompson said “Ultimately, Donald Trump, the president of the United States, spurred a mob of domestic enemies to march down the Capitol and subvert American democracy.” He also said January 6 was the culmination of an attempted coup.