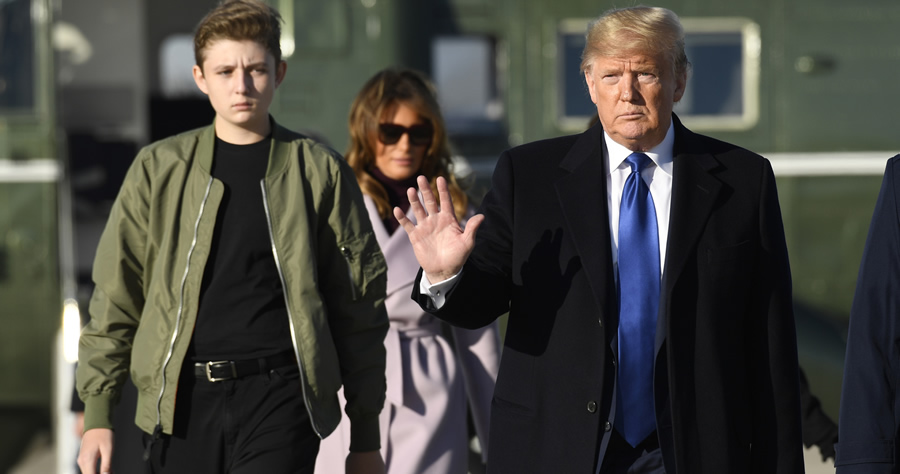 Barron Trump is making headlines after photos surfaced of him towering over his mother, former first lady Melania Trump, during an outing in New York City.

In the shots that surfaced on line, we see former President Donald Trump’s youngest son wearing a long-sleeve black shirt with blue jeans and walking next to the former first lady, who was wearing a button-up black top and white jeans.

Barron, who is now 15, looked to be significantly taller than Melania, with some speculating Trump’s son might be as tall as 6’7″ now.